My peak flow and my FEV1 are higher than the predicted, even when I get sick (for me <700 on the PF bad news, so is 110% on the FEV1). I found a few research papers on pubmed suggesting that PF and FEV1 are only sensitive to the medium to large airway function, and not sensitive to the small airway (<2mm) function. My FEF 25-75 has always been <80% predicted (sometimes<50%), but no consultant has ever paid any attention to these numbers, in 15 years I've had spirometry taken. I wonder why, and I also wonder if there are now more sensitive methods than spirometry and PF. E.g. I've read about "Impulse Oscillometry" (ios)-- anyone heard about this? Google showed that they do it at Cambridge (of course).

My symptoms are air trapping, chest tightness, inability to talk, waking up from breathless at night, chest tightness when changing body pasture, and exercise-induced asthma, But these are all self-reported, and they are not convincing to anyone with an authority to help -- they just stick a PF meter in my face and call it a day. Eos counts and IgE work better, but i must go off prednisone each time to get them elevated again. NO is normal.

pamphlet on IOS from the manufacturer: 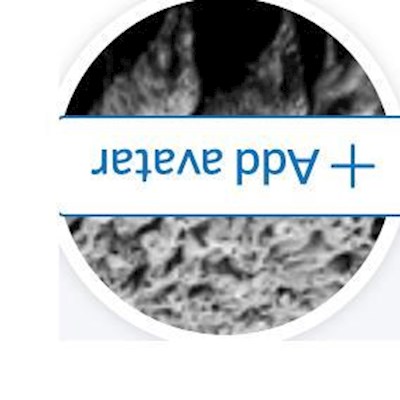 runcyclexcski
To view profiles and participate in discussions please or .
Read more about...
12 Replies
•

You are without question correct in your analysis. I have the same problem (high FVC & FEV1, lower mid flows) and a defect in the Small Airways can indicate a worse quality of life (peer reviewed report)

As a mild asthmatic in childhood with a past history of light smoking (I had no detectable asthma at the time) I have also been cast aside by the medical community but that was two decades ago. I still have a negative methacoline test for asthma but positive for excercise induced.

I’m about to embark on a review after 20 years where I’ll request an IOS and a CT scan, both gold standard for SAD. IOS is available here but only in one lab with a 6 week wait. This surprises me because the tech is cheap and it’s being billed as a solution for primary care.

I’m personally hoping a new consultant may have more to offer and the thinking on mild disease & treatment has changed since my last review.

The question is if it is indeed SAD what can they do? Fostair has been formulated to reach the smallest airways, Singulair had been proven to have an impact and lastly NAC has shown to improve SA function. It may be worth speaking to your GP to get onto this course of medication.

I’ve read your past posts and see you’re well versed in all this. Here’s another report that may be of interest mayoclinicproceedings.org/a...

The problem as I see it is that most COPD”ers have abysmal small airway function but complain little so as someone with Asthma & you’re just over the LLN it’s passed off. This is where new thinking on obstructive disease comes into play, treat the symptoms not the numbers.

It’s not helped by the fact the jury’s out on the value or relevance of mid flow on spirometry.

I notice your FVC is outstanding, this could account for the lower mid flows, see article below:

May I ask which hospital IOS is available at? Seems easier to book than a CT scan (and the device may even be doable via DIY for IOS, not for a CT scan

Indeed, looks like there is a lot of overlap in reviews, between COPD and small airway asthma. I see that some inhalers (like Qvar) have smaller aerosol particles. However, I am not sure if they adjust per the surface area of small airways (supposedly much larger than the larger airways). In my mind, to make a proper effect the formulation should contain much more steroid for the small airway formulation, and then it probably will approach systemic amounts anyway (the alveoli might have a dimension of 2.5).

I am allergic to Fostair -- my face swells.

I’m in Dublin and I only found one hospital offering IOS. If you still want the name send me a chat message but alas you would have to have a referral from a GP to a consultant to arrange a test. Not simple if you are a UK resident. My guess is the jury is out on its relevance when they have tests like nitrogen washout hence sadly they all haven’t invested in the equipment required.

In an effort to reach the small airways I’ve been using Becotide through a Spacer and it’s kind of helped. I only recently realised Qvar was small molecule.

Just for discussion Xolair in Ireland is hospital only prescribed, is underfunded and there’s a waiting list of 500 or people with only 120 treatment places. You also have to have a previous hospitalisation in the last year and have an FEV1 under 80%. Not for those with mild refractory disease.

Many thanks for the comments! I can also check the private route with the IOS and see if I can make the process move faster.

I was recently approved for Xolair -- partially b.c. I was receiving it in the USA for 5 years before. The Xolair approval process in the USA took 2 weeks. It the UK, it took me a year to get Xolair, and the process only started moving after I found a consultant who had a double affiliation (a private hospital + the NHS). I guess in the USA I was lucky to be insured through Stanford, Berkely, and the Howard Hughes Institute... which would be another reason to be employed at lower-end position, but in a high-end place, health-wise. Those w/o insurance in the USA just die, so there are positives for the NHS, for sure (better wait 1 year than die). Still, in the UK, I had to pay ~1K worth in private appointments and tests to get what I wanted quickly -- but in the grand scheme of things it's negligible. E.g. in the last 2 months I spent 10K on filters and sensors building an HVAC system at home, b.c. I did not know how long the NHS would take. I was able to partially recover thanks to my HVAC stuff, meaning that I can now sleep, have Zoom meetings, mark vivas and student theses, and read papers.

As per the document I sent you I suspect I’m not a candidate for Xolair due to T2 Low caused by smoking. I’ll be discussing with this new Pulmo I’m seeing soon. Good luck and hope things settle down.

That pamphlet is quite good, actually. Any hope for the other two, newer biologicals? No Eos diagnosis?

I went as far as looking up patents and thinking how difficult it would be to cook up some Xolair myself ... out of desperation. It's not rocket science, and this is what I do for a living (biochem, mol-biology, nanotech). But the patents are written in a very confusing way, and it is hard to trace what has changed from the original paper published in 1993 by Presta et al. The hope is that the patents will expire in 2006 and the thing might be more available as a generic. Still, won't be as cheap as Ibuprofen. Viagra prices, perhaps

I think the main issue with oscillometry at the moment is that currently there isn’t really much out there on how to actually interpret and use the results. I don’t think they have well established reference ranges either yet.

At the moment in theory I guess it could be useful on an individual basis if you were able to take multiple readings over time, and with various levels of symptoms. But without access to regular testing I think there will be a lot of issues currently (much like those you already face with an above average baseline!). I’ve had it done a few times when I had a planned admission to try and wean my steroids - my consultant sent his research registrar along a few times with the machine just out of interest 😂 the first couple of readings weren’t useful at all, but by the third or fourth they did pick up a noticeable difference (and it’s now quite handy to be able to pull out a letter saying I have had airway obstruction confirmed on oscillometry when people like to doubt a non-standard presentation!).

But in the future I think they hope it will be more useful than spirometry as it isn’t as effort or technique dependent.

Thank you, JS706. May I ask which NHS hospital was able to offer IOS?

Js706 in reply to runcyclexcski

This was at the Glenfield about 2 years ago. But it wasn’t actually being used clinically, it was pretty much them taking advantage of me being in (and knowing that my lung function was likely to vary) to play with their new toy 😂

runcyclexcski in reply to Js706

I am at Glenfield, too. And yet they never mentioned to me about the toy being available. B***rds 😂 ! I am so asking them about it next time.

Js706 in reply to runcyclexcski

They may not even have it still to be fair! It was just being looked at for a study they either were planning or were doing at the time I think 😂 and think it was just the one consultant using it, so depending on who you see they may not know about it/have access

usual jargon. I am now awaiting a CT chest scan and more lung function tests but, this has come as...

Go by pf or symptoms?

sleep again due to tight chest and breathlessness but I think that's the mucus on my chest because...

partially dried up my chest but now I’m however unable to fully clear my chest from phlegm due to...

taking seretide (advair) and Qvar together

my lung function is normal. The guy doing the tests was really helpful but because I get a tight...