Hallo. I have been prescribed the above as an add on treatment but reading all the negative information on the internet is making me very wary of taking it, especially as I have suffered from Depression in the past. Can anyone tell me positive experiences of it. Looking for some reassurance. Thankyou 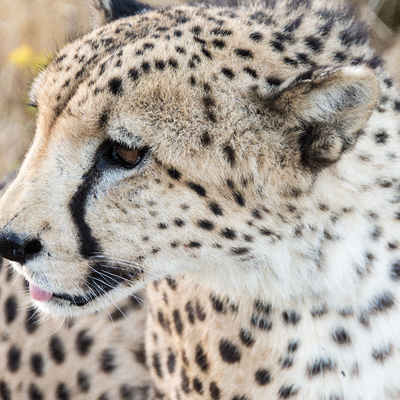 Wheezy54
To view profiles and participate in discussions please or .
36 Replies
•

More people will have positive experiences with it or they wouldn't allow it as a drug - it's just we only see/hear the bad ones!

I've been on it about 10 years with no negative effects whatsoever.

P.S. how are things with your dog?

Wheezy54 in reply to twinkly29

Thanks for asking. She is having mild effects on my asthma, hence the Montelukast!! but my peak flow has always stayed normal so that's positive. The GP Practice have worked with me on ways to keep her as she is such a lovely dog and benefits me in other ways. She's great x

twinkly29 in reply to Wheezy54

Oh that's great to hear - hopefully the montelukast will do the trick!

It's had no effect on my mental health, despite me having severe mental health issues. It's only really done good things in terms of my asthma!

I've been on montelukast for 5 months now, like you I only read bad reviews about it but I decided to give it a go. I think it's worked wonders for my asthma as an add on with no side effects what so ever. Like twinkly said we only ever hear about the negatives but it's just a case to try it for a month see how you get on.

Montelukast has worked for me and the only side effects are the occasional vivid dream. I've had depression & anxiety in the past (before Montelukast) so was quite wary about taking it. However, it has helped with my allergies like nothing else.

Elspe in reply to Poobah

Ditto. Years on Montelukast now, maybe a decade? The one med I did NOT have side-effects from. Vivid dreams I've had all my life; depression many years ago, before I started on Montelukast, has not got worse since.

Luckily I started on it before I read about people’s bad experiences. It has been great for me, nothing but good things to say about it.I would give it a try - you can always stop if you have any adverse effects.

Hiya, I’m been using it for about 6 weeks, some vivid and restless sleeps, but nothing in relation to mental health. Good luck

I get pretty severe depressive episodes. It’s had no impact on my mental health at all.

Thanks for taking the time to reply. I'm going to give it a go but will probably wait till Friday in case it makes me feel sick or anything. I work in a Special Needs School and have to be on top form during the week 🙂. Nothing to lose as you say and maybe it will benefit me. Thanks x

I know you said positive replies only, however, wanted to tell you a couple of things. I took it and went from normalish to wanting to jump out a window. The important things are I had the reaction in a couple of hours from taking it, my family first noticed, so worth telling them you taking new med and to keep a lookout. I took it for 3 days and by day 5 was as normal as I was before. Always worth telling family when you start new meds as often you do not see changes they do. Good luck and remember side effects are rare, but sadly highly published.

Wheezy54 in reply to Angel-Girl

Yes thanks. I've asked hubbie to look out for me x

I know you said positive stories--just sharing my experience. I tried it and had a bad time of it (insane psychedelic nightmares and insomnia) so what I can say is to give it a go and if you have any side effects, talk to your GP immediately and decide whether or not to go off it. It's great for a lot of people I've seen post on here and in my other online asthma groups!

I take but have not noticed any improvements or side affects from it. I continue because they tell me to but I do feel I could do without!

I have had panic attacks and depression for the last 20 years and take SSRIs. Montelukast did wire me up for the first week (no panic attacks etc, just manageable sleep disturbance), but then it went away.

Compared to the side-effects of prednisone, montelucast/singulair is pretty mild.

I tried Montelukast for 2 months earlier in the year. I was wary too because of what I'd read about it. Had no side effects at all. Unfortunately had no improvement at all either. It seems like it works well for most people though.

Hi,I’ve been taking Montelukast as an add on treatment since March and I’ve been fine with it,

Like you I was a bit wary because of negative things I’ve read. I feel that my sleep is heavier and dreams more vivid . I’m also a bit sleepy during the day, but apart from that I’m fine.

All I can say is try it and you can always come off it again if you feel negative affects, as we all react differently to drugs.

I have been on Montelukast for many years now and have had no adverse effects with it, except a dry mouth when I first started using it.

Ive been on montelukast since January 2019, did have vivid dreams for first two weeks of taking, but after that everything has been fine. This and taking fexofenadine has greatly improved my asthma, I now regularly reach my target peak flow of 450, before my personal best was 350. The two medications really do keep my asthma under control. Had no exacerbations in 2019, 4 in 2020 due to two bad chest infections and two allergic reactions, this year no problems at all with asthma or allergies.

Wheezy54 in reply to Yellow75

Yellow75 in reply to Wheezy54

No worries, I think it maybe a case of see how you go. If montelukast doesn’t work go back to your doctor.

Taima in reply to Yellow75

Fexofenadine seems to make me worse if I take it daily or when I'm already having a reaction, oddly, but it is fine if I have it sporadically alternating between or mixed with other antihistamines

I have been on it for over five years. Nothing negative to report.

The only side effect I had was weird dreams but only for a couple of weeks. I stopped it for a week to check how well it was working (at the request of my doctor) and went straight back on because things are so much better with it.

I’ve been taking montelukast for about 25 years. For me it was a game changer drug. at the time my asthma was very poorly controlled, I was having frequent attacks as well as using regular nebulisers and frequent courses of prednisalone. Montelukast certainly helped get things back under control.

I've been on it for a few years; I have a depression, CPTSD and anxiety. It makes me very confused and foggy, causes insomnia, insanely vivid dreams, daytime hallucinations, makes me very emotionally sensitive so I start crying at nothing and it dries out my eyes, mouth and down below to the point of irritation. It does work really well though for my asthma and skin reactions to allergies(eczema, chronic hives etc), so I order a bottle very sporadically and take one pill here and there as needed very spaced out between doses. I cannot take it consistently without becoming a nervous wreck, but it is still better than Prednisone/Prednisolone which triggered a breakdown so bad my employer called the police on me at my live in job and I was homeless again that same night. My GP knows I have an extensive history of mental health problems including regular suicidal ideation and I expressed worries about side effects but they don't bother following up when they say they will, so it is down to me to monitor myself.

I took it for a few months and initially it seemed to help a bit. After a month though I started having dreams every night that felt very real even for the first few minutes after waking up. I stopped taking them when I found myself halfway down the stairs convinced the house was on fire - it wasn't - and in a real panic. The dreams stopped straight away, and in terms of my asthma I didn't notice any worsening for not having them though by then I also had another new med.

Hi, I’ve been on Montelukast 2 years with no issues, only when I increased my dosage from (10mg to 20mg) in which I experienced the occasional vivid dream, other than that I find it fantastic and do notice a difference and when I am due my dose .

Wheezy54 in reply to PeakyBlinder50

Thanks for the heads up x

I love my montelukast not sure if it’s helped my asthma overall as I still have Regular flare ups. But my allergies have subsided massively. I used to take several antihistamines and a nasal spray now I rarely take antihistamines. I can’t say I can attribute any bad symptoms to it. I started April/may last year. Even my dust allergies it’s been fab on.

Iv been taking it for a few years now. For some reason I couldn't handle the 10mg dose and have been on 5mg morning and night for a few years. Seems to work better for me. When I first started it I noticed vivid dreaming and even a little drowsy after a few alcohol drinks but this all goes away after a month or so. Asthma is a lot better so go for it.

The research I did - when my daughter had terrible nightmares after taking it - said that 1 in 8 have this side effect. So it’s common but then 7 in 8 are fine!

I have tried montelukast 3 times in the past and all times I couldn't get away with it and it...

I’d be very interested to hear from anyone else with similar experiences ....

Pharmacist said I could take it anytime yet online seems to say take at night while other...

My 7 year old twins were both prescribed this drug in Nov last year, come the new year they had both

had come back after having none for around 15/20 years, in the last month they have had me on two...