I know I’ve asked in the past if their is an alternative to pred and the answer is no. (Allergic to montelukast too) but I guess I’m asking again how other people who can’t take pred manage flare ups.

I was on it for 3 weeks (only 40 mg) and my mental health suffered dramatically so I had to stop. I was day 3 of a 5 day course yesterday and again have reacted really badly with my mental health so I can’t complete the course.

Is there any one else who cannot tolerate prednisone and if so how do you manage your flare ups?

I am absolutely terrified of not being able to take it if I need it - I’ve only had asthma for a year and I’m on fostair 100 4 x a day and spiriva respimat once a day. 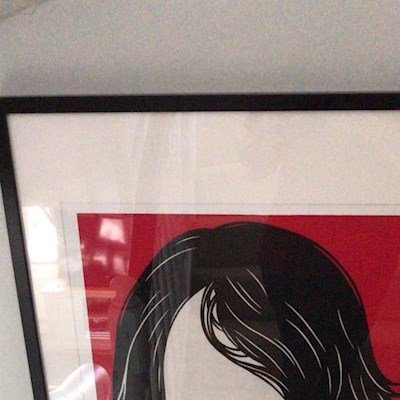 Emzcat41
To view profiles and participate in discussions please or .
Read more about...
18 Replies
•

Was it 40mg again? Some people find that 30mg is more tolerable than 40mg (not necessarily with MH issues but other side effects). So another time maybe to try 30mg to see how that goes?

It's tricky as obviously we can't possibly know the effect it had on you and what you can cope with but if you can find a dose you can manage (even if it's not your favourite few days) then that might be a compromise, kind of balancing out another couple days of side effects vs potentially serious (or if not acutely serious but much longer lasting breathing issues). That said only you will know what will work for you.

Prednisolone can take a couple of days to kick in so it's possible that day 3 might be the peak of effects hitting you and then the next couple of days wouldn't be so bad - but I don't know if it actually works like that.

That's probably not very helpful though!

I have no answers for you about the prednisone, I’m afraid, but I notice you are taking Fostair 100/6. Are you able to tolerate that ok? If so, I would ask about going onto Fostair 200/6. It is not a quick fix, but in the long term it might reduce or eliminate the need for oral steroids.Just a thought.

Like Twinkly said it may be worth asking to try a lower dose. Some people benefit from 30 and get less side effects (MH or physical) so it’s worth a try. My MH used to be affected day 5 of 40 (tears always hit day 3 😅), then again day 7 for 35, but I could cope at 30, so I’d always have to set ‘rules’ about how long I could be on each dose (I have spent years on pred, and most of last summer swinging between 40 and 30).

Thank you all for the replies. My reaction was quite severe I felt very out of it and had harmful thoughts so I think it’s best I don’t try any dose.

I have a respiratory phone appt on Friday and I’ll explain and ask about upping the fostair.

Yea def speak to respiratory team But sorry it has such a negative impact on you.

It doesn't agree with me I spent a year on them, i had to come off them due to side effects out weighing benefits then withdrawal was awful for me. Cons does not want me to ever go on pred again but go into hospital instead.

So I'm not sure what I would go on either but I'll just cross that bridge when I get to it. I tried different doses too but wasn't right for me. Some inhalers have had similar effects on me think I'm just weird lol. X

I can't take prednisolone (severely dizzy as in take at 0100 so the 6hrs of dizzy is reduced sufficiently by 0700 so as to be able to function @ work & then informed by medic co-worker " you look like a walking corpse whilst being on prednisolone!") or prednisone - which gives me a severe asthma attack aka status asthmaticus bordering on resp failure! As my respirologist said" don't ever take that again!"So for the longest time (years) the only option, as directed by my doc, was to up my pulmicort inhaler to a max of 12puffs/d.

Then a few years ago, a hospital pharmacist & a ER dr at an out of country ER figured out I was safe with sulfite-free dexamethasone iv & then they found a oral version I could take as well, - basically either compounded or kids liquid. So now I finally have a "me safe" emergency steroid for both asthma attacks & biphasic/protracted Anaphylactic reactions.

Check with your doctor maybe they along with a pharmacist might find a "safe for you" steroid.

Oh my goodness what a journey for you - I’m sorry you’ve had that experience but that’s brilliant you’ve got a solution that works for you.

Hi! I was on Prednisone for 5 months. When I got off, I've lost 1/2 my hair. Am now wearing wigs, as what's left of my hair looks horrible. Never knew this was a side effect. Have since studied the situation and found it was true. Muscle weakness is another side effect, so I go to PT twice a week to build up again.Best of luck to you. It's a great drug, but can be a toughie to get off of.

My bloods look ok as far as white cells and allergies so it’s not allergic asthma apparently.

She’s speaking to consultant then getting back to me next week.

I have no idea what this means really except I feel like a bit of a fraud. I know I don’t have hay fever so I’m not surprised there are no allergies but not sure what other ‘types’ of asthma there are if blood cells ok.

Non allergic, non-eosiniphilic asthma doesn't have markers that show in bloods. It's a pain to be honest because of that reason and is often less widely, or less obviously, acknowledged. But you're not a fraud.

The nurse's comment is weird though. Yes it would be X2 a day but a bigger dose of steroid twice a day might make it last longer - rather than a lower dose you effectively have to top up. Ok you can't use it as a reliever on mart (the 200/6) but you could use ventolin as a reliever.

Assuming someone doesn't come along and say what I've said is rubbish, I think I'd mention that to the nurse or try and speak to the consultant yourself.

Remind me how long you've been on the Spiriva?

Emzcat41 in reply to twinkly29

Ah ok that makes sense thank you - she has said I’m on MART regime but it depends to which of the team I talk to if they say I am on MART or to use salbutamol for an exacerbation .

When I have an attack I do an extra fostair first then move on to Salbutamol- I think I’ve confused myself tbh.

I’ve been on spiriva about 3 months

Ah ok so spiriva should have kicked in.

So you could have 200/6 twice a day but would need salbutamol as reliever and it wouldn't be mart. But it doesn't sound like mart is actually helping. It didn't when I did it with symbicort, so went back to 2xday symbicort and blue reliever.

Another option is to ask about 100/6 as you are with Qvar (think that's the same steroid base as in Fostair) as an add-on, so you're maximising inhaled steroids but not piling in the LABA. My consultant wanted me on max inhaled steroids because although I'm on maintenance pred, I do have issues with it so we try not to increase the dose, so the inhaled steroids maximised was to try to prevent issues. Not sure what the maximum daily dose of the steroid in Fostair is though. It's something I think you need to discuss with your consultant, not keep having to go through the nurse as it gets a bit like Chinese whispers. Well I find it does!

Emzcat41 in reply to twinkly29

She did say it needed to be up to consultant as she had tried all she was able to, so that’s good I guess.

I just find it hard to get my head around going from no asthma to asthma this bad alongside menopause (started it at 37 - finally believed and tried HRT about 18 months ago which massively helps).

I’ll prob give asthma UK a ring too because speaking to consultant next month.

Thank you so much x

Ah now a friend had well controlled asthma until the menopause hit and then it became a nightmare. It did get controlled again but on higher levels of meds than before.

At least they're doing the right things - but it's always one of those arghh get there quicker things isn't it!

I think it might be worth you talking to your cons yourself maybe..? Only my cons had me taking Fostair 200/6 x4 puffs twice daily to avoid pred as much as possible. It’s an off label dose but your cons can ok this level of treatment - I’m afraid your nurse can’t..Just an idea maybe? Or add in Qvar as has been suggested - something your nurse won’t be able to do.

Emzcat41 in reply to Pipsqueak77

Resp nurse has said consultant can prescribe stuff she can’t so at least she’s referring me on. Hopefully he will suggest the same as you and others have on here.

Pipsqueak77 in reply to Emzcat41

🤣🤣 I second that!Sorry I thought you were already in secondary care. Try to get referred if possible...

wanted to have a little moan as I’ve just started my third pred course of the year and feeling a...

Unfortunately, my asthma has flared up again and I am on a course of Prednisolone. I've tried...

for 5 days. Is 30mg a day normal or is it low/high? He has also given me a blue inhaler and fostair...

on a short programme of Prednisolone. Only 5 days at 40mg a day. Every time I am put on them I feel...

for 7 weeks at 40mg a day (every time I try to reduce I get extremely wheezy again and the doctors...