Hi all, had a first for me yesterday having suffered with asthma for nearly the 30 years. Ended up calling 111 who promptly sent an ambulance out yesterday resulting in a lot of hours at the local A&E. I was told I’d had what is essentially a silent asthma attack which I had never heard of before. No wheezing no chest pain no coughing. All I had was symptoms of feeling out of breath on gentle exertion which gradually got to where the was no relief at all. I also suffer fibromyalgia so exhaustion and having to push through are a fairly normal occurrence so I just pushed on at work all afternoon, and having got home and sitting down for two hours and still not being able to catch my breath properly decided I needed advice.

I actually find this silent asthma attack idea a scary one as I really didn’t feel it was asthma in any way.

Just wondered what other people’s experience were, if anyone has suffered anything similar and how you cope with the fact it may happen again without knowing it’s creeping up. 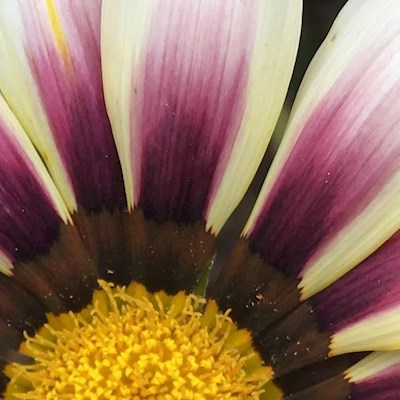 Bluecat9
To view profiles and participate in discussions please or .
Read more about...
14 Replies
•

Hi there, so sorry to hesr you have been so unwell and that does sound frightening. I have'nt heard of silent asthma. I have had attacks which have come from nowhere (i dont know of thst is the same or not...( and it is terriying.

It sounds like to me that you ned to see you asthma nurse urgently as they can help manage you asthma more effectovely with meds.

I will keep my fingers crossed for you and i hope you get some advice from someone who knows more.

Thank you for your reply Boo3112, much appreciated.

I had nothing that was obviously asthma to me. Normally I’m wheezing, and also coughing so badly which aggravates the asthma which aggravates the cough. I had nothing this time. I also suffer with fibromyalgia and the symptoms I did have felt like that and as if I’d a sinus cold coming on. I gradually got breathless as the day went on. Symptoms started around midday and were ongoing until gone 9pm. I’ve never had an attack anything like it. The thought of it happening again terrifies me.

I’m seeing dr Monday and will also make an appointment to see the asthma nurse.

I am currently under investigation for my asthma, got referred to specialist, been asthmatic for 41 years. My asthma always presents as you have described, I have been out of breath since November, 2 episodes that required 999 since 1st November. Some Drs and Nurses understand the no wheeze/no cough and some don’t.

I guess I just wanted to let you know that you’re not the only one. I have seen plenty of people post on here about not being believed/taken seriously because they don’t wheeze.

Even after all this time, I still sometimes come away from appointments wondering if I am imagining it, because the nurse is shrugging her shoulders and essentially telling me that there is nothing wrong with me from her observations, apart from difficulty breathing!

I understand your situation, me too I don't wheeze and the doctor told me I do not need further test, denied me to be reffered by specialist because my symptoms are not concerning too much. Had to go back my country to finally carry out all the exams and find out I have asthma.

I had asthma as a child and wheezed a lot. I'm now in my 40's and the severity has come back, but without a wheeze. I've seen GPs that say that my chest is fine even though I'm gasping for breath, one told me to go back to work where I collapsed the next day and had to be nebulised. After insisting on seeing a respiratory specialist, I was diagnosed with severe asthma and allergic asthma without a wheeze, by CT scan and blood tests. I read a lot on the Web that shows there are a lot of us, and it's really frustrating when the doctors keep telling you your chest is fine because they can't hear anything. Hope you get it properly diagnosed and take care!

My asthma always presents like this. My breathing just gets tighter and tighter and my peak flow drops away. Like asthma_fighter has said, I used to wheeze as a child but haven’t done for years. It’s really frustrating when the first question I’m asked is “are you wheezing`’

I also get silent asthma. When I breathe "heavy" I take Ventolin. It might help to have a nebuliser at home.

in reply to Tugun

I've also got a nebuliser I bought off the Internet for my asthma but was told off by my respiratory specialist. He said I had to be careful because if it doesn't work at home, the paramedics can't give you anything else if they have to take you to hospital. I think he was trying to tell me to call an ambulance rather than trying to sort it myself.

I had similar if not the same twice in a week, first one came on suddenly after carrying shopping from the car to the house, neither attacks felt normal, very little wheezing. Like you I lost confidence in going out or doing anything slightly strenuous, I have gone 3 weeks without further episodes. Something I was told at the hospital was that there is no such thing as fresh air anymore, it’s pointless opening windows as you are letting filth in. I was told about COPD which is the body trying to expel co2, I have had asthma for 75 years which I have coped with, but this new attack was frightening. One thing I am trying is to breath 1 or 2 hours a day through an industrial face mask which seems to have improved my asthma/COPD, could be psychological but I shall keep it up. Good luck in the future

Tugun in reply to Philgn

Hi, What a good idea. I have also just bought an air purifier because of all the smoke we have had recently. I don't know why but I just enjoy sitting with the air hitting my face and breathing in the clean air. A lot less post nasal drip at night also.

I was born with asthmatic. Very seldom I have wheezing. When my husband hear my breathing he will ask me to sit down. One will be fine next min that breathing comes from no where.

This is like the attack I had on Thursday when I went to A&E and was admitted. I only went to A&E because my husband dragged me there. I felt a bit of a fraud as I wasn't wheezing, my chest was clear but was struggling to get air in and out and couldn't speak in full sentences. On arrival my sats were also ok. Was given 2 Ventolin Nebulisers which I didn't respond that well to. Partial recovery followed by a serious deterioration of sats to 83% and resps of 11 heading towards respiratory failure. They did arterial blood gases and discovered that I wasn't expelling carbon dioxide effectively causing my blood to become too alkaline. They then treated me with nebs containing Ventolin and Tiotropium and I started to recover. My severe attack was caused by swelling of lower airways which doesn't produce a wheeze. I was admitted on Thursday and still in hospital on respiratory ward. Have now managed 12 hours off nebs. Need to go 24hrs without them and PF needs to be reliably at 70% of my best first thing in the morning before they will discharge me. now been referred to respiratory clinic at the hospital and will probably be referred to a consultant. Hope this belp anyone presenting with severe difficulty but no wheeze. Ask them to do arterial blood gases.

Hey! This sounds like such a scary experience but I’m relieved to hear that you’re ok. I hope you’re on the mend?

I thought I would comment to as this is a typical attack for me. Whenever I get an attack, I never wheeze, it’s usually breathlessness that comes from nowhere and just gets worse. I somehow always manage to keep myself out of hospital because of the thought of reaching out for emergency medical assistance and being told it can’t be asthma because there’s no wheeze.

The way I manage these is that I really listen to my body. Anything that isn’t my “normal” I put myself on high alert so that I’m ready to attack an attack. Something that I find most useful is tracking my symptoms- I know that if I use my inhaler on 2 days in one week that an attack is pending (I look out for patterns in my inhaler usage).

When an attack comes, it never feels like an attack but that feeling of breathlessness I now take really seriously and start using salbutamol straight away. I have salbutamol everywhere! In my desk drawer, in almost every handbag, in my car, you name it I have one there- this is because of how quickly it comes on, I like to have it in my hand as quick as possible. I don’t want this to frighten you, i just wanted to share my experience. I guess I’m just hyper vigilant and now know my body really well and know what I personally need to do when one comes.

redstar9 in reply to MrsCMK

Thank you, it has definitely been a wake up call. Will now be tracking peak flow, symptoms, suspected/known triggers and medication usage. Have a new asthma plan which I will follow carefully. Also have the email of the hospital asthma nurse to message with any queries.

and heard the wheeze, or checked for a hiatal hernia. What if this was silent reflux all along? Is...

like the asthma attack had become real because there I was tight chested out of breath and wheezing...

Today have had a few bad attacks and am now left with an itchy throat, wheeze and short of breath....

Going to hospital for an asthma attack

New to asthma and attacks

of the new treatment my asthma became much worse and I started having attacks. I went back to his...