hi, so I'm new on here and looking for advise, I know asthma has run in the family however its never affected me, can it suddenly develop and what are the signs? I have difficulty breathing due to a nose problem but recently I have had chest pains and its getting uncomfortable when breathing, however I do not feel poorly, and I'm an active person but again at the gym I suddenly got out of breath very quickly and found it hard to breath, could it just be from the cold weather?

thanks for any help 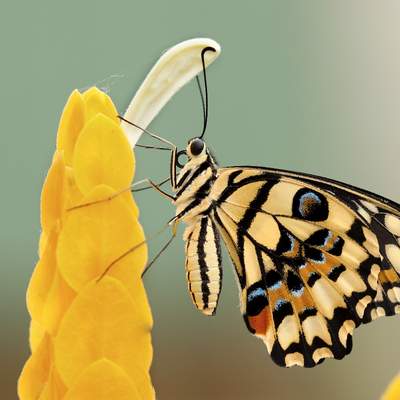 elliebell
To view profiles and participate in discussions please or .
13 Replies
•

although I had chest infections as a child I became a very successful track athlete however in 1978 at the age of 30 I suddenly developed asthma, must have been the shock of moving from a polluted area to a clean air place. I have had some bad times with it but it is well controlled now

Yes it can, my daughter suddenly got severe asthma at 17 having never had any symptoms before at all. Apparently it it rare, and the consultant said it’s an age when children often grow out of asthma.

Hi, likewise ,I was also diagnosed at 17. I had pneumonia as young xhild though and both my parents were heacy smokers and i had loads of throat infections as a kid.

I had probably had it mildly for years but no one twigged because I kept any kind of exertion to a minimum as it made me feel so unwell and then I would xollapse!

It was an asthmatic friend at drama school who suggested I get it checked out as I was having problems in class keeping up and getting short of breath and rhat was apart from my wobbly episodes that i finally discovered seceral years later to be ataxia!

When we moved to london a several years laterr I spent a month in hoapital and was diagnosed with brittle asthma as just kept having attack after attack and they coudnt stabalise it.

It has had ups and downs since but never brilliantly stable. Hospital had become almost my second home but i dont trust rhem where we live now so want to move out of area as we would rather risk managing symptoms at home with easy access to nebs than going in and trusting staff to answer bells and get to you an hour later if you are lucky!

Plus rhey dont record obs accurately whixh can be dangerous for brittle asthmatics as you fall off the scale quite quickly, as my consultant used to say with brittle patients especially, you can't just rely on machines, you hace to use you eyes, instincts, and listen to what the patient is saying.

Astthmatics, but especially brittle ones know if they are truly well enough to be discharged, in fact will often say yes, even if not, until having a serious wake up call regarding how dangerous that can be. So if they say they do not feel well enough to be sent home, it normally means ignore at doctors peril, because they may well go down hill especially if they are still in the acute phase in a and e! Hospitals get charged a pretty penny if patients are readmitted too soon after discharge with the same thing!

Anyway enough rambling from me for now, I hipe your daufhters asthma has stayed fairly stable since diagnosis.

It suddenly became an issue fo me in my mid sixties, though with hind sight the signs, and occasional symptoms, were there far earlier, probably going back to childhood. But no one here can confirm whether your symptoms definitely are asthma or not. You need your doctor to make that diagnosis.

You need to see your GP & have some tests; it seems odd to you to be breathless at the gym. Cold makes asthma worse, but that doesn’t mean you have asthma - it could be something else. Talk to your doctor.

I used to feel dizzy after the gym, and was getting incessant winter colds and some chest tightness. After 6 years of this, I eventually found a doctor who wasn't so dismissive of the symptoms, and discover a low peak flow due to late onset asthma and fixed small airways obstruction. The medication has definitely helped, but I don't know how I would fair at the gym as I've given that up (never liked it anyway).

It’s only recently since I’ve been at the gym I’ve currently bought an peak flow meter but I’ve got the standard i don’t know if theres much difference between the two? I may of bought the wrong one, but I’m struggling to get half way on that. Today I don’t feel as bad but The score on the peak flow has gone down however so I’m going to see how I go for a few days

You need a medical professional to interpret the peak flow reading (which is one of many indicators of a lung condition). I wouldn't worry too much that you can't get halfway: it depends on age, size and gender, and it's not a competition (too much time in the gym!). There are graphs available online which give some indication of what would be "normal" in your case, but these are based on averages and there are plenty of healthy people out there who are "below average". If you think you're too wide of the mark, then a visit to the doc wouldn't be a bad idea. Don't forget, there are plenty of high performing athletes with asthma, which they obviously control well.

Hi, a standard peak flow is for adukts you can get a smaller one for xhildren.

Jist to echo others really, there are variables regarding what your ideal peak flow reading ahould be and also a asthma nurse can check your technique is right for blowing into the lovely little device even! Even that matters, believe it or not, i am so vettirng over tired as too many inappropriate jokes are entering my head now so i will love u and leave you as it is nearly 6 in the morning, before i risk upsetting someone's sensitivities by accident, and my eyesight is getting way to blurry anyway to keep typing at the moment!

Yes. My grandmother has it and I have it too

Puzzled by asthma symptoms and then no symptoms

suspect late onset asthma. On several occasions I woke in the night with difficulty breathing. I...

having asthma symptoms daily and waking up at night with it to. Everytime i go to my g.p however my...

Are shivers the symptom of asthma

viral chest infection last year. After the infection came to an end I still had ongoing breathing...

Hi Everyone, This is my 3rd week of having bad asthma symptoms and I am at my wits end!! I have been

his noisy breathing. I sit up with him sometimes until it settles. He also gets short of breath...