Following a virus last Feb I developed asthma. I am on Seretide 250, 1 puff twice a day. I continually produce mucus in left lung and sometimes in throat. If you had experiencing with reducing mucus I would be interested to hear from you. My pharmacist is suggesting relvar. I don’t suffer from shortness of breath and I only cough to remove mucus usually producing a small amount of mucus. I have also tried montelukast without much success 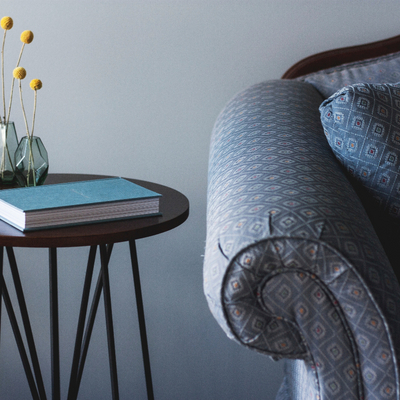 mal1245
To view profiles and participate in discussions please or .
Read more about...
14 Replies
•

Best advice I can give is. .

Whatever your concern, speak to our team of expert asthma nurses by calling our confidential Helpline on 0300 222 5800 between 9am and 5pm, Monday to Friday.

I'm on Seretide 250 too. I'm also on Carbocysteine for bronchiectasis, which helps with mucus.

If it hasn’t already been done recently, I would ask your dr to investigate the cause of this. Perhaps ask to have a sputum sample tested for any sign of infection and a chest x-ray at the very least.

I have a similar problem with mucus due to bronchiectasis as well as having asthma and have been prescribed Carbocysteine tablets which help to thin the mucus. I also find that inhaling plain steam offers some relief - although this can trigger asthma for some people so be cautious. I use a little cup with a mask attachment which I bought from Amazon.

In terms of inhalers, I take Fostair using the MART system and Spiriva Respimat. I also take a daily nasal spray (Avamys), an antihistamine tablet (Fexofenadine) as well as a preventative dose of antibiotics 3 times a week (Azithromicin).

I would recommend you go back to your dr and see what they recommend but make sure the symptoms are thoroughly investigated to get to the root cause. Good luck!

mal1245 in reply to Choristermum

Hi, my son moved from Seretide to Relvar, although the GP did try increasing the seretide to the 500 strength first. He had a lot of mucus and suffered a severe asthma attack before moving to Relvar. He has no mucus now and has not needed his blue inhaler for 3 months. The great thing about Relvar is it is only 1 puff a day. (He is on the stronger of the 2).

Hi mal you sound like a mirror image of me! I too developed asthma after a virus 3 years ago, I don’t get short of breath or wheezy but I do get chest tightness going up into my throat. I do t have the classic signs of asthma which makes it difficult to convince doctors, I feel it on my right lung, I have had numerous Inhalers and monteLucast which hasn’t really helped, my reliever doesnt help the tightness very much either, I was recently given relvar which has been brilliant it’s the first relief I have had in three years might be worth giving it a go I too, I started on lower dose one but symptoms started to come back after a couple of months so the nurse put me in the stronger one last week, seems to be getting g better again. I too am bothered with mucus not sure how to Get rid of that, like yourself I only cough up a little at a time XX

If the mucus is flowing into your bronchial tubes from a post nasal drip, which is what I’ve discovered, then try nasal irrigation every morning in the shower with a product called Flo. It seems to be helping me.

Have the mucus tested to make sure you do not have an infection. I had a very nasty infection which affected my asthma. Revlar was fantastic for me but I am still being treated for my infection

An Amino Acid Calle NAC for short is what I’m going to take for the mucus build up. Nature’s Best if you’re interested is where I’ve bought it from.

Thanks for the many comments. They are all very helpful. I'm in a miserable place at the moment so hopefully a visit to the doctor next week will help and I can discuss some of the suggestions raised.

Ask for a few weeks of Carbocysteine, it softens/breaks up the mucus making it easier to shift. If he/she refuses buy the NAC = N-acetyl cysteine over a counter or on line, it's what they use in other countries in Europe.

Just to update you. Bad couple of weeks since I last posted. Needed a course of antibiotics for a chest infection last week and followed that with a course of steroids. Not a lot better at the moment. Seem to be now producing mucus out of the left side of my throat as well as left lung. I switched to the Relvar two weeks ago now but no change on my symptoms as yet, maybe mucus is thicker but it is hard to know. I live in hope and every day remains a struggle on an hourly basis. Thanks for all your replies and suggestions, I have taken all on board.

preventer inhalers, which is best?

now on a dry powder one called Relvar, its the entry level dose of one puff a day.It seems better...

which results in my coughing and coughing everyday and producing lots of phlegm. this got a little...

Problems with mucus in throat

have Asthma and for a while I have now the feeling that some liquid is running down my throat from...

tell me the most effective ways to shift mucus? Got asthma and had several nasty chest infections...