Hello everyone, I've had a bad asthma flare up (on and off) since Nov last year (viral triggers). I take my inhalers as prescribed (Fostair, Ventolin), X-ray and CT scan (all clear), and am due to visit the GP this week. I've been told at a recent hospital visit that I need to go back on Prednisolone. However I had bad mental health issues when I took this medication last time and weeks off work. I don't really want to go back there but I've been told there are no alternatives? Are there any alternatives? Or does anyone have any tips to help sooth a poorly chest? 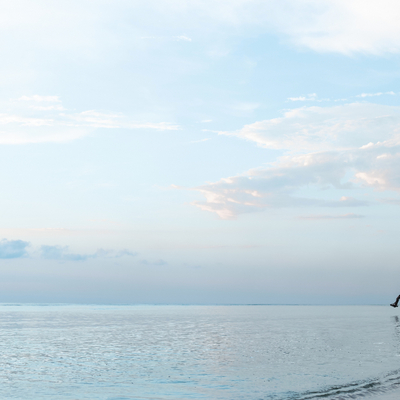 Helliwell
To view profiles and participate in discussions please or .
Read more about...
16 Replies
•

Unfortunately Prednisolone has side effects but they are usually not serious as it is based on the same thing as a body does. Just sometimes we need a boost to help with it. You can try chest rub depending on how bad your chest is. You might be sensitive to Pred. Why not ask your GP or nurse to try it at a lower dose. If that doesn't work then work out how to control it when it flares up

Helliwell in reply to

Thanks for your reply. I mentioned a lower dose at the hospital but they would only go down by 10mg. I had that amount last time. Worth having a word with the GP though and see what they say.

I have been on prednisolone off and on for years. Most of the time I am fine, but iit does occasionally trigger depression. It's scary really. I think for me, just realising that it's the pred and not me helps, but I can understand why you want to avoid it. One thing that sometimes helps when my chest is bad is ginger and lemon tea. I have it with a bit of local honey (don't know if it works having local honey but I try anything). I have also tried an essential oils burner with lavender, eucalyptus, tea tree and frankincense (not all together at the same time). I have no Idea it it helps, but I am willing to try anything. I have been bad since before Christmas too. I am still coughing, but better than I was. I just think this bug going around this year is particularly damaging. Friends without lung problems are suffering long after they have had it. It's not a good year for those with lung problems. 🤒

Helliwell in reply to emmasue

Thank you for your reply. I've heard about local honey being good for illness but never tried it. Be interesting to see if it does anything. I do hope you're feeling better soon. I definitely think last year was particularly bad for viral illnesses. I just hope it's not so bad this year!

I’m currently having an asthma flare up and taking my rescue antibiotics and I take dexamethasone instead. I tolerate this so much better than pred and doctor offered them as an alternative as I also had nasty side effects. They work well and far less side effects.

Helliwell in reply to Pugdog

I have had some antibiotics but never heard of dexamethasone. I'll mention that to the GP as well. Thanks 🙂

Tree20862 in reply to Helliwell

Decadron can work. I have had it in the past. It is worth a try.

I get crazy on prednisone, too.

I don't do well on pred, same as you guys told multiple times no alternative, last time my asthma flared up I saw a different doctor from my usual and she prescribed plumicort to use along side my symbicort as an alternative to pred, it takes longer to get in your system than pred but the only time I take pred now is as an emergency dose, 8 tablets once, it may not be something that works for everyone but it does for me

Helliwell in reply to Emmajayne75

That's great to know that there is a possible alternative. I will mention this to my GP. Thank you!

Hi, pred doesn't seem to really work that much for me now so I don't often have it even if flaring. I noticed you're just on Fostair as a preventer but if it's not entirely doing the job there are things you could ask about adding eg Spiriva (tiotropium) or even aminophylline tablets (thoigh drs may be reluctant as they are old fashioned and some have bad side.effects while some are fine). Or even montelukast if you have never tried it - does nothing for some, works well for others.

Just a warning to be careful with any essential oils - obviously fine for some like Emmasue but can also be triggers for some asthmatics. Her burner would set me right off with lavender and eucalyptus (and probably the frankincense) so be cautious until you know it is ok.

emmasue in reply to Lysistrata

Yes, you are right. I should have thought of that. I am allergic to so much but am ok with these. It's funny what sets us off and what doesn't.

One of the main ways Prednisolone helps Asthmatics is by depleting eosinophils which (as you may know) are one of the blood cell types who’s Role forms part of the immune response.

Unfortunately some folk produce more of these than is heathy when an immune response kicks-off.

Pred, effectively, kills them, which seems to help with Asthma Control, but their depletion may have other health consequences.

Other drugs that deplete eosinophils are some of the immunosuppressants (otherwise called Biologicals). For example, Mepolizumab. Severe Asthma suffers may be offered a Biological if other options fail, but there’s often a waiting list for these new and very expensive drugs.

There’s also hope on the horizon for those wishing to get off Pred, in the form of a drug called Dexpramipexol which is about to start Stage 2 Drug Approval Process. This drug has been found to deplete eosinophils as efficiency, or more so, than some Biologicals. Unfortunately, time-scale is probably a couple of years off, but there may be other drugs in the pipeline too.

Only thing is, taking new drugs (including the Biologicals referenced) can be a risk of itself, as many will not have been in use for enough time to know all the risks associated with them, which won’t be better understood for several years after the date they were / are approved for prescribing.

emmasue in reply to Matman

Thanks for this. The Asthma UK nurse mentioned these and now I kind of understand what she means. I am waiting for a blood test results to see if my GP will refer me.

Sorry you're so poorly! Have they given you antibiotics with the steroids? I've just come off a 2 week course of Doxycycline and steroids for a bad chest infection and I'm just coming out the other side. Do you take any other medication apart from Fostair and Ventolin?

I had to come off of Fostair because I had a bad reaction to them. Check with your doctor to see whether the Fostair is clashing with the steroids. Hope you feel better soon! 🙂

Thank you! I am taking antibiotics for a uti (Cefalexin) and lansoprazole. Was just on Fostair before all this happened!

Thank you for all your replies. The GP put me on Fostair NEXThaler (took me a while to figure that one out 😂) and diagnosed me with costochondritis. Carrying on with the antibiotics and painkillers. Hopefully that'll do it 🤞

Are there any alternatives to Prednisolone?

wondering if anyone knows of any alternatives to pred I can discuss with my GP? I've never liked...

doctors put me back up!) I've had six admissions to hospital in the last year and from my last...

sound too bad and gave me pred and sent me home. The doctor told me to take my first dose last...

been on Prednisolone since November 2011 and had varying doses from 40mg when im really bad to 10mg...
•
19 Replies

How to cope with a child with suspected asthma