Any advice?: I’ve been asthmatic since... - Asthma UK communi...

I’ve been asthmatic since childhood, but never a problem. However caught flu and then pneumonia at Christmas, ended up in hospital for 4 days, felt mostly better after 3 months and a change to Fostair (using as reliever also as needed) + monteleukast.

Then I caught a virus in April, back in hospital for 10 days, still struggling with constant chest tightness and breathlessness now. Definitely made worse by allergies but sadly the only antihistamine I can tolerate is 2mg piriton 6 hourly.

Respiratory consultant changed inhaler to Alvesco 3 weeks ago in attempt to improve hoarseness. I’ve been really struggling this last week, any suggestions? Has anyone else found the last few days difficult for their asthma?

I’m told this is all down to ongoing inflammation from viruses, allergies and dysfunctional breathing - would really welcome any thoughts or hear from anyone who has experienced such a long recovery! 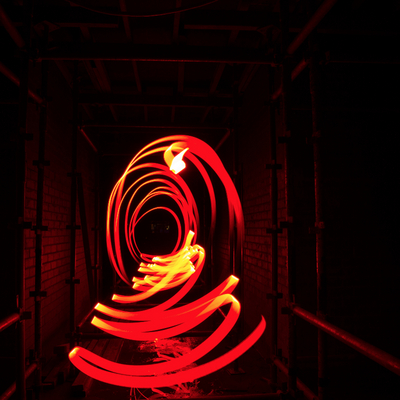 Red38
To view profiles and participate in discussions please or .
Read more about...
5 Replies
•

Hi there sounds very similar to my situation. Long story short - caught something ,not sure if it was flu, in November and have not really been right since. Was improving until late March when I developed a viral chest infection and so was back on the steriods and antibiotics. The Gp finally gave up and refered me to cons. The waiting list was so long that I had a private appointment initially but tests on the NHS. I have been waiting for the results since March as my appointment keeps being cancelled so I am none the wiser. I would live to know what the consultant thinks!

I had an awful winter with asthma and was looking forward to summer but I can honestly say that here in the east of the country it has been dreadful. Days and days with a tight chest and breathlessness, especially after or during exercise.

To cap it all I now have another resp. infection so will no doubt be back again to the docs.

I tried Fostair after the initial meeting with the cons at his suggestion but had a bad time with it. It didn't really suit me at least not on the mart regieme.

So yes a very long and drawn out recovery with lots of ups and downs and med changes. I really don't have any suggestions just bucket loads of sympathy!

Last year in May I was really ill with the flu. I don’t normally get bugs and viruses that are going around. I haven’t been right since, I seem to pick up bugs easily and have been very tired. My asthma has been a lot worse, and I’ve been put on Fostair but I don’t seem to be getting on too well with it. Also Pred and antihistamines. The only thing that helped me feel better was Berocca multivitamins which when I first started taking it stopped me feeling quite so weary. It doesn’t have such a noticeable effect anymore but I figure it has to do some good, so I still take Berocca from time to time and when I don’t feel well. Otherwise I don’t really have any suggestions but hope things start to improve for you soon.

Sorry to hear this. Yes my last bout of flu made my asthma much worse but a short course of steroids helped to settle it down.

I've mentioned before that I have multiple allergies, including pollens and I find cutting the load I am exposed to helps. So I use hepa air filters in bedroom, study and main room in our house which do help. I use a slaine nasal wash twice a day when it the pollen levels are bad to wash any pollen out of the my nasal passages especially before going to bed. It is a nuisance but I do at the same time as cleaning my teeth. Hope it settles fown for you soon.

Thanks for your replies and suggestions. It’s frustrating to have constant chest tightness and breathlessness where nothing seems to make any difference. Fingers crossed that it is just time and patience as I keep being told!

I had flu in March and ended up in hospital for eight days! It was the longest I have ever been in! My lungs were twitchy before I went in so it's hard to know whether the flu has had an impact. For a few months, I was very weak and it took me so long to regain my strength. It was so frustrating. I am still tired all the time, but can get around better. I was also having chest pains which still come and go. My asthma acted up on Monday. I wonder if it's because I was cleaning my bedroom. There was a lot of dust and I was hoovering under the bed. I know I should wear a mask but I hate breathing with a mask on. Anyway, I feel better today and the cooler air has helped. Just try to listen to your body when it comes to healing. These things take time, unfortunately. Hope you feel better soon.

Any advice on managing asthma

for three days now plus antibiotics but only seen a slight improvement in my breathlessness. Does...

suffered a collapsed lung and spent a week in hospital. I was given seretide 250 and the specialist...

So fed up with this! Any advice welcome.

prednisolone in that time and although I'm a good two days into the course my symptoms (which had...

that showed was a nodule on lung ( which hasn't changed in last 4 years) and I have continued...

poorly controlled as things like periods and weather change can set it off as well as getting upset...

Help please. Anxiety, asthma or mix of both?