Hello all, I am new here and just posting my story in case it resonates with anyone.

Our wee girl is 5 and was diagnosed with 'possible asthma' at 3. It was very mild for a couple of years and we weren't too worried. This year she started school and it has ramped up scarily. She has been hospitalised once and has had at least 4 (or 5?) flare-ups requiring Pred for five days at a time. The flares are all caused by colds and bugs caught from school.

She is on 400mg a day of 'brown' inhaler (for the last 4 months) and even this is not enough. She had a flare this week and is now on another 5 days of Pred and they have started her on Montelukast / singulair as well. ( i am worried about the potential side effects, yet we have little choice, I guess).

I did all the 'ideal' things when she was a baby - drug free natural birth and breast fed her for a year, but asthma runs on her dad's side of the family, so I guess she has a genetic weakness somewhere to it.

It breaks my heart to see her struggling so. The Pred changes her behaviour - she is normally such a good child but Pred makes her screamy and unreasonable

We live in Scotland where the winter is dark, damp and gloomy. I long for Spring already.

I don't even know what I'm asking in this post - I just long for her to grow out of it in time.

Thanks for reading and if anyone has advice or support, thanks in advance. 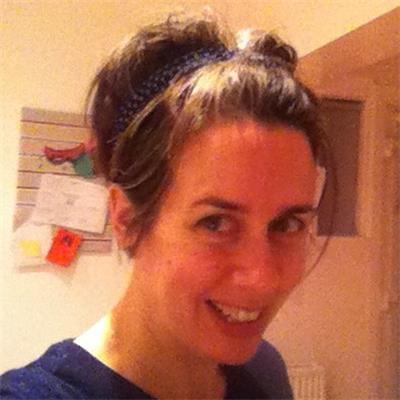 kira45
To view profiles and participate in discussions please or .
Read more about...
11 Replies
•

I really sympathise with this. My younger son started asthma at 3 years. We had known there was a risk; I developed asthma at 3. Like you, I breast fed for a year and followed the guidelines of the time: which in the late 1980s/early 1990s was no wheat based products for the first six months and no dairy for at the least the first nine months. We were very careful to introduce one new food a week, just to ensure that if there was a problem with food allergies we would be able to identify it.

Our elder son had no issues. Not so the younger. At eighteen months we had the first warning sign: he developed mild ezcma. Whenever he picked up an infection from his brother he got it much worse. At three he began to wheeze. The suspicion at the local surgery was that it always almost certainly asthma, but because he was so small our GP was reluctant to put him on a steroid inhaler. It was still possible to get Intal at the time, and we tried that. It was not enough. After four emergency call outs involving nebulisers and/or short courses of pred. in the space of four months the decision was made to put him on a low dose of flixotide, with ventolin to be used as a reliever.

The pred changed our son's behaviour too, but in a different way to your daughter. It turned a usually quite active child into a hyperactive one whilst he was on them. Once he was on the inhaled steroids, however, we noticed a huge change. Up until then we could expect illness picked up from nursery every three or four weeks - and boy did we have one or two scares. We still got the occasional one after he was on the inhalers, but much more rarely - once a term at most. It was a sign that his asthma was better controlled that his resistance to infection did improve.

We were lucky in that he was put on medication that worked for him quickly, but I'm aware from other posts that this is not always the case. Things did improve as he got older, and now, aged twenty three, he still has inhalers but hardly ever needs to use them.

There is little you can do to avoid her picking up infections from school - it will happen. The only comfort I can offer at the moment is that the longer she is at school the more resistant to them she should become. You need not feel alone; there are others on this forum apart from me who have been through, or who are going through, what you are experiencing now. If her new asthma medication still does not seem to be helping, the only suggestion I can give is that you ask for a referral to a specialist. We never had to - but there may be others on this forum who can advise you on that, or there is the AsthmaUK helpline you could call.

kira45 in reply to MaggieHP

Thanks Maggie, yes, we are newly under a specialist and have our second apt in january. Thanks for your support and consolation. x

My daughter was very ill ,not from asthma, and I think it is the worst thing for any mother to experience when she cannot make her sick precious child well. I cannot offer any medical advice just sending you supportive hugs ♥

I remember my son being on pred as a child & turning into a total nightmare for a few days, so I sympathise

I think with kids the general thing is just to stick with it. Their lungs are smaller & of course when they first start school they come into contact with umpteen new bugs. Colds are a natural asthma trigger & it can feel never ending when they get one after another, but unless there is a deeper or more complicated problem with her asthma it will pass eventually.

Our son who was frequently hospitalised as a small child (likewise asthma runs down the male side of the family as I was severe as was my dad before me). He has grown up relatively untroubled & is active, into sport, travels, etc. so trust me there is hope!

I know it's hard & it feels frightening but my personal advice is always not to wrap them in cotton wool. Don't let the illness define who they are & whilst obviously not being blase about it, keep her as active as you can to give her the best prospect of it not interfering with her life too much as she grows up.

Vitamin D and Asthma in Children.

Do some Googling/homework Kira45, there are new connections with vitamin D deficiency and Asthma.

Not sure if Doctors would know or agree about it though.

You say you live in Scotland, so less chance of sunshine.

Many say they feel better in the warmer weather, their bones feel better etc.,, but there is a connection with vitamin D and the lungs too.

Since taking Vitamin D3, (among other vitamins,) it has helped get my husband off both Asthma inhalers, he feels he no longer has Asthma, yet he has had Asthma since a child and many nasty near death attacks, also my Mum is no longer taking her 2 inhalers either, she had them for her mild COPD, her breathing is far better, she is on the same vitamins.

One site for info on modern safe doses, including children is :- vitamindcouncil

kira45 in reply to Coastwalker

Thanks Coastwalker - funny, I already have both my kids on vit D, as I heard about this link. I've run out of tablets recently, so must get another box. I also give them multi vit.

I wonder what the best does of vit D is for kids - I will look at your link, thanks.

Coastwalker in reply to kira45

In my Family we dose by the Vitamin D Council's, up to date 'safe' amounts suggested, child doses too.

I was vitamin D deficient, Doctor gave me a 'very high' dose of 1000iu D3, a member on Health Unlocked laughed and said 1000iu was a mere maintenance dose and to check it out at the vitamindcouncil.

Taking 5000iu cured my painful diagnosed Tailbone pain, my Doctor said I would never cure, sciatica leg pains, lower back and hip pain and stiffness when getting up out of bed and chairs, all gone almost overnight, my body soon lets me know when my D levels are low.

(Vit A is now being connected with helping build new air sacs in lungs, I believe trials are going on, though again all new stuff others might not agree on.)

Do keep googling and doing your homework on it all Kira45, it's amazing what we can find out for ourselves these days.

kira45 in reply to Coastwalker

Thanks again Coastwalker - glad to hear Vit D helped your pain. So how much Vit D would you give a child (mine are age 5 and 7)?

I too had bought 'Vitabiotics' from Boots and it said 'Optimum dose' (for adults) for myself. My GP pal laughed and said it was 'P*ss*ng in the wind'

so I bought a vit D3 tab from Innopure online and it is 5,000 iu and I take it for myself - the same as you, I just see, re reading your reply.

Coastwalker in reply to kira45

Pleased to hear your GP pal agree's about the small amount of D3 in the Vitabiotics, Gp's know more than they let on to patients, but have to abide by guidelines, some of which are very outdated.

A Grandchild of mine was recently found to be low in vitamin D, much lower than my D deficiency and told by a Pediatrician to take a multivitamin ??? As if that amount would give enough vitamin D to solve a deficiency.???

I don't think it wise to tell you how much your children need Kira45, but look on the vitamindcouncil and in the white search bar at the top write 'children' there is many postings about doses for children.

(for children who are vit D deficient they go by weight of the child.)

Also look out down the column for a few posts about Children, Asthma + D3.

Apologies, but I don't think it would be wise for me to tell you what dose your children need, but on the vitamindcouncil (sign up to it if need be, it does not cost anything,) at the top is a white search bar, enter 'children' and read up about the suggested doses, there are some good posts about Children and Vitamin D3.

Also about Children with Asthma and vit D3 too.

Pleased to see you too are taking a good safe dose of Vit D3 Kira45.

I can tell when I miss a dose of my 5000iu D as all my pains and tailbone pain come back. I was told by a skin specialist to stay out of the sun, so by trying to avoid one medical problem (skin cancer) it actually gave me another medical problem (Vitamin D Deficiency.)

It's worth remembering that sunshine is not the only source of vitamin D. If I remember correctly eggs and oily fish (mackerel, salmon, and sardines, for example), plus some fortified fats, also contain it.

he said she does not have asthma.

He gave her a nasal spray, Beclometasasone. This has made her...

don't have asthma) so took her to docs last wed...said chest was clear it was just her asthma!!!...

I have no experience of asthma, my...

grew out of her asthma and is very well now but I have developed asthma and all the old info I had...

cough variant asthma and I really think she has this. Her nursery worker also agrees as her son had...