Think here in Midlands have early spring, my prunus cherry tree is in full bloom, pigeons eating flowers, hardy fuchsias in leaf, whilst snowdrops crocus etc still flowering beautifully. Lucky not to have had flooding where I live. Blue tits have been going into their box since before Christmas, can’t decide if any yet fledged. Look forward to feeling better, and no cold wind, so can do garden. When first diagnosed in 1962 with my rare condition PCD, was told not to go out when cold, wet or windy! I replied live in UK!! have managed to ignore instruction until recently. Hope everyone can make most of sunny days this week. Best wishes x 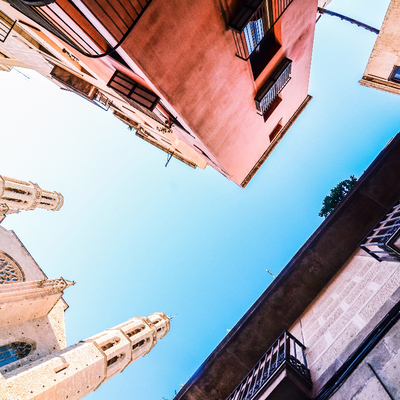 Morrison10
To view profiles and participate in discussions please or .
Read more about...
42 Replies
•

It’s a lovely day here on the South Coast Jean. Glad your weather is improving. Better days ahead. Love and hugs xxx🤗👍💜💜💜🎈❤️

Hanne62 in reply to sassy59

sassy59 in reply to Hanne62

Morrison is it jean ? my cherry in cheshire is out too but usually out at this time I have an early clematis that has lots of buds to come out soon and I tried to send you a photo but it refused to and tnen just disappeared. I will try again when it flowers this year. It really is very beautiful .

Goodness me . Tough cat . I used to live relatively near to you but it was 60 years ago . In . Great Barr .

And I see sassy sent you some hearts and are now purple too , not red . Oh dear

I quite like the colour purple but not where it shouldn’t be. Xxx❤️❤️❤️

Jaybird19 in reply to sassy59

Sorry sassy wasnt being critical . I tnought the controlling powers had altered them ,,Much prefer red hearts but they do mean the same as an emoji apparently

That’s fine Jaybird, no worries. They wouldn’t dare change the colour of my hearts. 😂We’re all different which is good. Take care. Xxx❤️🧡💛💚💙🤍

Jaybird19 in reply to sassy59

Thank you sassy A rainbow of hearts!

Another attempt to send photo of clematis I have to get new battery for my camera as just found out it will only take one photo and then sulk and local photo group that i was in before covid is now starting up again . Havre you got photos of your cherry tree. It is always nice to see what other people have in their gardens .

Hi, just had my physio visit, done good job but need rest! Will try get photo of cherry tree, Need to sort out how to send it. X

Does the physio help ? I do some exercises but really need more . Photos are usually easy but I had forgotten how to send it and didn't work at first . I now hope the clematis will flower as well this year . It grows wild in NZ I have been told . Lucky them . I look forward to your photo of cherry . Mine is a cherry y plum apparently that I inherited when I came here. Years ago .

Physio makes very big difference. I was really blocked with mucus in December 2019, decided had to do something, found Rachael on line and she comes Monday and Friday for an hour, pummelling, slapping etc my lungs until clear as possible, she’s disappointed if bit left, but Aerobika usually moves last bit. The NHS spec for my condition specifies respiratory physio but I’ve never had it. I belong to family support group for my PCD, went to annual meeting at Milton Keynes, in 2018, sat next to two physios from London who visit patients at home, were shocked I’d not had this service, but I think it’s part of north south divide. Between Rachael’s care, I slap lungs after Nebulising whilst doing postural drainage. Hope this helps. Xxx

Well done on getting the physio but you shouldn't have had to organise it all yourself. Glad you are finding such a difference. I don't get those problems so much but do need exercise for my back .I have a back book from library and nothing more.

Alberta56 in reply to Morrison10

I don't think there is a north/south divide. NHS physios are rarer than hen's teeth in Essex. London v the rest of the country divide? or more likely rich/ poor divide.

CDPO16 in reply to Jaybird19

Alberta56 in reply to Jaybird19

Jaybird19 in reply to Alberta56

It is such a beautiful plant. It zlways gives me pleasure to look at this photo. The flowers are smaller than other clematis but many more. IUt is suffering from being put into a toxic compost which i changed when i realised it was dying 2 /3 years ago . So when it flowered so well last year I took photos of it and this is a closeup showing all the golden stakes inside the flower. Just hoping that it will be as good this year and it does hzve masses of buds that are about to open soon . I will give fresh compost when I can get some delivered.

Alberta56 in reply to Jaybird19

Are you growing it in a pot? I've tried; the plants last for a year or two, but then give up the ghost. Come to that clematis planted in the ground don't like our Essex summer droughts. It's hard to give them enough water. i first fell in love with clematises in Moseley, Birmingham. My landlady had a lovely Nelly Moser growing next to my window.

Jaybird19 in reply to Alberta56

Yes in a pot on balcony so growing up a trellis on wall. Needs a lot of ware in summer as faces south west. Garden is small strip and old soil so most plants dont last .Was worried about a lot of dead leaves but now it looks okay as the flowers are coming on the highest par directly in the sun. The flowers are very small compared to most clematis not the size of N ellie Mosely, which is lovely. I also Have a winter clematis too which has small bells, cream with red spots , but it doesnt do very well in a pot When did you live in Moseley? I lived in Great Barr until 19 60's. I liked Birmingham. Lots happening . Theatres and concerts with the CBSO . I think you were at uni there ?

You live next door to n my favourite green place Sutton Park. Used to cycle there a lot . Too far to walk though I an surprised how far we did walk all the time . Even Barr Beacon and that must have been a slog. Fantastic view from up there. My aunt lived in queslett area and we spent a lot of time there.

Yes Sutton Park great, used to go to car park and walk through woods to lakes etc. Beacon at Barr Beacon has been restored, views from up there amazing, Few years ago when husband alive use to regularly look after daughters two German Shepherds, took them to park and beacon, happy days. Can’t now walk very far, but hope will be better soon when got rid of two nasties been partying in lungs for months.

Must have pressed the right buttons in the right order this time as it seems to have worked . And have found out why purple hearts rang a bell Goes back to 60 ,s when there where the drug t o take for good night out . I had thought they were medals for US servicemen about that time .

I love it Jean. But My cherry is old and decrepit and struggle s to flower it is in flower but only one part of it now not the whole r tree. Poor thing . I pick the branches in bud and it opens and lives a good time in to a cool room. In the living room it dies in couple of days .I think it is a cherry plum actually . Has bronze coloured leaves opening up now.

I hope you are feeling better very soon, Jean. Surely it won't be too long before you can get out into your garden once the warmer weather comes. It's a lovely sunny day up here in Scotland but also a very cold wind . Take care xx😊

Morrison10 in reply to HollyBoyd

Thanks, yes look forward to getting out. I loved Scotland I’ve seen, had two motorbike holidays, stayed south of Fort William, rode over amazing cattle pass, to Apple Cross, along Great Glen to Inverness, over to Skye, Breamar, and lots of other lovely interesting places. Even rode once over Glen Coe in sunshine! Happy days with friends, most of who are now dead. Visited Edinburgh and Glasgow on business, not much time to see places, but liked what I saw. All happy memories. Yes cold wind nuisance, bad for my lungs, hope we get warmer weather soon, but not too hot to garden. xxx

HollyBoyd in reply to Morrison10

Morrison10 in reply to HollyBoyd

Thanks, I’m glad your husband can work in garden, i miss my husband every day. We’re you motorbikers, your so right, can do more in day on bike. I’m not sure how much I will manage in garden when cold wind gone and weather warmer. I have to Nebulise twice daily, takes hour each time, then have to sterilise equipment after every use, and do postural drainage that also takes hour, doesn’t leave much time for domestics etc. Best wishes to you both, Jean xx

HollyBoyd in reply to Morrison10

Your garden is way ahead of mine in NE Lancashire.

Morrison10 in reply to CDPO16

That’s interesting because we are not far apart really, shows how weather etc can vary.. hope you catch up soon. Jean xx

Patk1 in reply to Morrison10

I'm in Lancashire too.lovely sunny day but bitter cold.ive leaves sprouting on rose bushes,and snowdrops still flowering,but that's about it 4me.v exposed and windy where i live.ive seen circuses flowering in the park and daffodils at grandsons nursery x

Lovely up north too. The sun is out. The skies are blue. A tadge windy though. Flowers are dancing in the breeze Life feels so much nicer on days like today ☀️ x

Morrison10 in reply to watergazer

Hi, yes sun does make difference, but can be deceitfully misleading, go out and wind cold. Ive just put some washing out, like nice fresh air smell x

this booster - the only difference is that they live in England. Apparently my son was given this...

A week without antibiotics, first time since September! and first day of Spring.

happy today, and my diary tells me first day of spring. Looking forward to going out when car...

due to bronchiectasis. Are we going to get the spring booster as my 6 months is up in 2 weeks

Learning to live with Covid