Angela Black: Is anyone else watching... - Action on Postpar...

Is anyone else watching Angela Black on ITV? Couldn't decide if it is triggering? Well it definitely is but it does raise questions about everyone's personal journey to recovery. And also about the outcomes for people who experience psychosis. I'm really hoping Angela is reunited with her boys etc as it is heartbreaking when she is sectioned and she can't even speak on the phone to her boys. I remember being ill and thinking I was getting divorced and that my baby would be taken away as well. Also apparently her psychosis revolves around a book, there was a book I read a few months before getting pregnant that I was obsessed with during my psychosis. Also not sure if her husband has 'manufactured' the situation so to speak to gain custody of the children. Hope I've not ruined the series for anyone who has just started watching it. 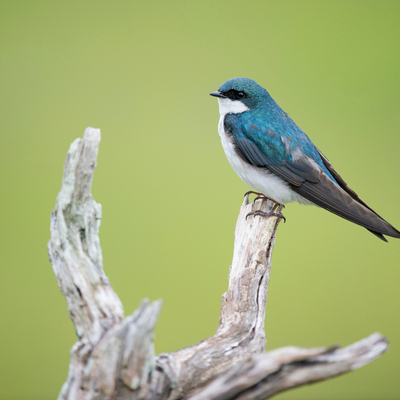 Marshman
To view profiles and participate in discussions please or .
Read more about...
5 Replies
•

Thanks for highlighting this series. It sounds like a very emotional watch so I’ll be avoiding it. Even though I had PP twice (six years apart) many years ago, I still find triggers very upsetting and they take me back to when I was very out of control.

Hi Marshman I dont watch much drama on tv as they all seem to trigger at a primal level , I have read your previous post and I urge you not to be too emotionally invested in Angela Black as you will probably be disappointed/ let down I hope I am wrong and there is a happy ending However I understand your need to connect with others as you reflect on what you went through when you had psychosis my sister had pp. My own personal view is that pp is a purely biological issue and I am personally a big fan of the late great Dr Katherina Dalton who advocated natural progesterone cream which NHS used to employ but sadly it has been put aside and NHS instead now use pharmaceutical anti psychotic drugs as the medical evidence has changed. You say your psychosis experience was focused on a book, sorry to hear you’re now finding the tv drama difficult viewing. I urge you to access medical help if feel you need support. Best wishes to you

It's interesting that you mention the programme Angela Black as a friend mentioned it to me the other day and I specifically chose not to watch it. I'm so sorry that you had PP and that this programme is proving to be a tricky watch for you. I don't think your feelings will be unusual at all, I think it can be common for people to feel triggered or unsettled by lots of different things.

Having had PP myself back in 2016 I find that I do need to be careful with what I watch sometimes, for example I can't watch and feel no need to watch anything medical related (e.g. fly on the wall shows like 24 hours in A&E). I certainly wouldn't feel the need to watch anything about child birth etc. as again, I just don't think I need those type of programmes filling up my brain!

You know when you've had PP, its ok to wrap yourself up in a protective bubble and ensure that you take super great care of yourself. My own take on my PP experience is that it took me to the most horrific of darkest, nasty places. I don't feel the need now, for someone else's imagination from a tv show for example to fill my brain with unhelpful stories. What I do though, is try and help other mums by offering supportive words when their in the midst of their recovery. That for me is what helps me know that my PP wasn't just an awful experience, but that actually some glimmer of hope came from it. That if I got better, other Mums can too.

Hope you're feeling ok today, here anytime if it helps to chat.

Hello! I’ve not heard of it but I fancy watching it even if I might find it a difficult one. I had ppp in 2018 and can definitely only take so many books / programs on about it at anytime with breaks between but perhaps I think although hard I’m maybe looking to help fill memory gaps / learn or reflect on my own experience at same time. It’s a funny thing having no memory of certain time/ things. I also thought my partner might try take our babies away , it might be quite a common fear I imagine. Anyway, take care watching and glad you all good now it’s a blooming horrendous experience thank God recoverable! Hurrah for that X

Yes I 100% agree Marshman. I didn't know it would take that turn until episode 3. Did you feel totally taken aback by it? I was surprised and not sure if I will continue or not. Besides, I almost think that my pre-existing addiction to thriller books and films sort of gave my brain themes to centre my delusions around once I became ill, if that makes sense!

Whilst I cannot relate to some of the scenes, there were also some things that were uncannily similar in the series to my experience which I found strange but comforting at the same time! E.g. I was convinced my husband (and eventually my whole family) was plotting against me to take my daughter; there were a lot of delusions around books for me - I found all the same birthing books I had been using whilst pregnant in the MBU's bookshelf and I thought that was a signal to something suspicious. Plus my mum sent me a book which was a thriller centred around someone questioning their whole identity (bless her for that choice!) - I believed this to be a message about this conspiracy that existed to frame me for a crime and take my baby. So, there were a lot of themes that felt similar, even down to the conversations I had with the psychiatrist when sectioned and then being discharged and still avidly investigating the "conspiracy" in the first few weeks, pretending I was "better". Those parts were so very similar that my husband and I were quite taken aback. We also watched a film called "Guilty" on Netflix and a documentary called "Hotel Cecil" which featured content around psychosis and delusions. We had no idea those themes would feature but were surprised we had watched 3 things in that vein in a short period of time. Just a warning in case you are trying to avoid these sorts of things! I guess I am torn between avoiding them like the plague and watching them out of some sort of morbid curiosity, akin to picking at an old scab I guess! Does that make sense?

can also access one to one support as well, where we can link you with someone else who has also...

How to go about this with my fiancé

got diagnosed with postpartum psychosis and is currently in HMU . She will be getting released today

psychiatrist took her off all her psychiatric medications. After 4 weeks of awful withdrawal, she...

postpartum psychosis. She is married and lives with her husband and 2 children however she relies...

Still searching for a diagnosis

mine who had postpartum psychosis that started in the 3rd trimester, said it sounded like what she...