Citalopram: Is there anybody in here taking... - Anxiety Support 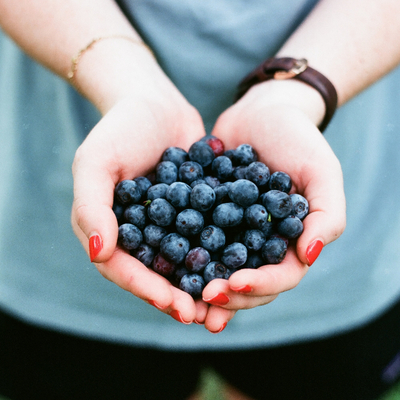 Mariong
To view profiles and participate in discussions please or .
Read more about...
27 Replies
•

I found them ok what’s been awful?

Heightened anxiety sleeping a lot more. How long did they take when you started feeling better.

About 2 weeks I think ,maybe you need the rest

How long have you been on them

I was on them for about 12 months 10 years ago I come off them as things improved for me,I’m on pregabalin now ...lyrica in the USA.

My daughter takes this and I know when she first started taking them she felt terrible, she said she felt like her head was fuzzy all the time and she was walking around like a zombie all day and sleeping a lot. About four weeks in she started to feel a lot better.

Mariong in reply to Picasso652

Thanks for your reply

I was on 20mg and also Pregabalin. My specialist recommended cutting the Pregabalin and doubling the Citalopram to 40mg. I feel very much better that way but i am still on 150mg of Pregabalin. Give it a little more time, takes a few weeks to kick in.

I've been on Citalapram a few years now. I remember when I was first prescribed them (for General Anxiety Disorder) the first few days were bad - I actually felt as though I was worse, more anxious, and I remember saying to my partner, "This can't be right... they must be wrong for me... maybe I should stop taking them?" He convinced me to stick with it and to give them a fair go. After about a fortnight I felt I'd got back to the same level I was at before I started on them but then, very gradually, the improvement started to creep in. It was about 2 months before I was really settled into taking them and realised that they really were doing what they were supposed to do. At this point my doc suggested I could up the dose to 30mg daily which worked and my improvement continued. I'm now back to daily 20mg as a maintenance level.

What I did find helpful to me personally was that I kept a brief record each day of my anxiety levels roughly every 2 hours: I marked graded my anxiety from 1 (feeling fine and relaxed and normal) to 10 (very anxious, tense, unable to function well). After the first 3-4 weeks I could see from my own numbers that I was starting to become less anxious and that was very encouraging.

Cloe1406 in reply to Mariong

Hey. When you stopped then how long was it for the side effects to go?

Hi, I started off on citroplam and the side effects were horrendous for me. I was having panic, not sleeping, increase in anxiety and hot flushes. I was changed to a different medication as the side effects were to much. I'm alot better now and a few months in. If the side effects are bad talk to your doctor, they will either tell you to persevere or change you to something more suitable. All the best xx

Ah good luck then, hope it works out ok for you 😊 x

I am in the same boat as you. Tried 4 SSRIs ... all made me more anxious and depressed...even suicidal. I can’t take it anymore. What have you decided to do ... I know you said no more medications but how will you get by?

Yes, I have found Celexa (brand name of that med) to be pretty awful symptom wise. Much like you mentioned, some SSRI/SNRI medications can cause worsened anxiety before helping or just in general. I would talk to your doctor about trying a different one. A further bit of info is SSRI/SNRI medications can also hinder your REM sleep meaning you feel less rested despite sleeping normal or higher amounts. I had male side effect issues with this medicine on day two, trouble sleeping, and weight gain so I wasn't willing to continue on it very long.

As with most SSRI/SNRI medications some of the side effects can subside with time, especially as the medication begins to work, usually within 4-6 weeks (occasionally it takes longer for some). If your doctor increases the dose, you may find the side effects to be greater initially. I have seen that Celexa is one of the more successful medicines for anxiety, but there are others such as Lexapro that have just as good or close effectiveness levels. A newer medication that some insurance companies won't cover without a doctor's referral for use called Viibryd has also shown promise. If the side effects don't get better soon, I would call the doctor to see if there's a better course of action. Hopefully they subside and you're able to tell a positive difference. As with many medications in this class, it's hit or miss on which one in particular works specifically for you. Best of luck and hope you get to feeling better soon!

Thanks for the reply I have stopped them doctor phoning tommorow

No problem and best of luck. You might mention another medication that aren't in the same class, but also help with anxiety. Hydroxyzine (either HCl or pamoate) which is an antihistamine that happens to help anxiety (and sleeping) issues. Hydroxyzine isn't extremely popular because it's an older drug and it's very very very cheap...so no profits for the pharm companies out there. The only problem with it is it can cause some sleepiness. It is an antihistamine, so that would be expected. I like that particular medicine though because it has calmed me down a bit...not quite like a benzo...but it actually felt like it was working and that day rather than weeks. It isn't addicting but the tolerance can grow with time. I've had my GP and psychiatrist both sign off as supporters of hydroxyzine, so figured I might mention it to you. The worst side effects I ever had were dry mouth and feeling a bit tired. Trazodone is another, but some of the side effects I had weren't as bad as SSRIs, but enough for me to avoid it. That one has helped some that didn't have success with SSRIs. As always, I'm sure you and your doctor can determine what's best for you. I know I'm done with the SSRI class myself...it seems like the same old song and dance with each one.

Thanks for your reply see what my doctor says tommorow

I have and I'm sure there the tablets that sent me on a hyper. But I can't be 100% certain. Because I had tried some then got changed, if I'm right citalopram made me agitated and restless at first, then suddenly I became a new person, going out all the time, just completely not me. But I don't know, because everything is very vague from back then

Welcome to the world of being a guinea pig

I took it years ago. I don't remember anything significant side effects wise. All I know is after a week on it felt better

Hi Mariong,are you still off Citralopalm,just wondered have had some in my cupboard for about a year ,still being weaned off diazepam...hoping your well.

Iv been on citalopram for about a month and am really struggling with side effects,sometimes I feel...

Does anyone take it? I got prescribed it this morning and took it a few hours ago and feel...

Hi I have been on Citalopram for 13 weeks today. Feel about 50% better. Is this the norm? Very...

my life but these last 12 months have been hell been on citalopram for 10 years 20mg a few months...

I'm embarassed to ask this re shortness of breath but...