Does anyone else get a faint type feeling? - Anxiety Support

For the past couple months since my anxiety has been acting up I keep getting a dropping feeling. I have never fainted but it feels like what im about to do. I ignore it and it goes away then comes out of nowhere! Ive also been dizzy since 2014 after some extreme stress. But the fainting feeling is very scary...is it just an anxiety symptom? 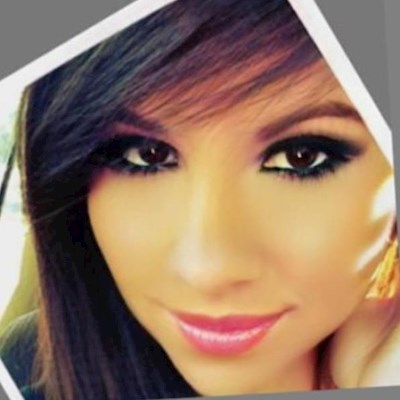 Chellybean18
To view profiles and participate in discussions please or .
25 Replies
•

I've been told it's all anxiety.but it's just so hard to believe isn't it x

Chellybean18 in reply to Minnie87

Oh yes very hard to believe! Its like im gonna die then adrenaline surges through me. Of course I keep thinking about it which makes it worse :/ im sorry you go through it too!

Minnie87 in reply to Chellybean18

It becomes a way of life doesn't it.and believing it's a terrible disease or something just fuels it so much more.its so hard to break the cycle isn't it x

Chellybean18 in reply to Minnie87

Omg yes!! Its the worst...one day maybe we can overcome it

I am going to a psychiatrist in december.

I experience dizziness and faintness often when I’m anxious, but I think that there are a lot of things that feed into it. Typically, this happens to me because my anxiety and other issues have interfered with my general care for my body. Failing to eat, drink, or sleep enough alone can cause you to feel faint, but if you combine these things, it’s almost certain that every time you stand up, you’ll be dizzy and see black.

Can not sleeping enough really cause you to feel faint all day?

For me, actually, yeah. More dizzy than faint, though. And sometimes black spots appear in my vision.

I too have gotten the sensations that you describe. I have come to believe that whatever sensation we fear the most is where it (anxiety) likes to manifest. Like the previous poster has said make sure you are eating well, sleeping enough, and drinking plenty of fluids. Hang in there friend!

I do! I'll get real weak and lightheaded.

Yes,the dizzy weak feeling is from anxiety . Most people with anxiety have had this feeling from time to time and It will never hurt you. You have heard the saying...ignore it and it will go away..and it does. It"s only a feeling . I have a friend that has these spells and she carries cheese and crackers, or candy on her..this helps boost the sugar levels. Coke helps also.

im still struggling but its a little better

One most important thing i forgot to say is go to your drug store and buy vitamins. ".B vitamins 50 mg. ".. all the Bs are in one bottle . You need these for energy and they help heal the nervous system !! Most important to get!! These make a big difference in how you feel. Our bodies do not store these vitamins and is why we are depleted, they help the nervouse system function better , helps heal the nerves , you can;t ever overdose on them ,we pee them out. Make sure you take them ever day you will feel better in a few days after taking them. Let me know how you are doing.

Yes i have felt that dizzy feeling also

Chellybean18 in reply to erica2017

erica2017 in reply to Chellybean18

Yes i pray every day that this anxiety goes away

Chellybean18 in reply to erica2017

Me too :/ I think it will. Hopefully you are able to get proper help for it

I’ve been dealing with that dropping feeling as well. Like I’m on an elevator or roller coaster and just dropping suddenly. I also get a very strange head sensation along with it. I didn’t relate it to anxiety at first and the more I worried about it, the worse & more frequently it happened. From what I’ve researched (which has been a lot) online, it’s a form of vertigo.

Its a horrible feeling

I agree, it’s the absolute worst :/

Do you have any inner ear issues?

I have really bad allergies and when that sensation was at its worst for me (twice in the same week where it continued for a few hours) the dr. did say I had a lot of fluid in my ears & a sinus infection. I haven’t had that sensation going on two months now (still terrified of it happening again). I had experienced that sensation on and off for maybe a yr before that but it had never lasted more than a few minutes. Now I’m on a nasal spray, Lexapro & hydroxozine - which is an antihistamine but also used for anxiety. So not really sure if it was caused by allergies or anxiety or more likely both. How often does it happen for you? Do you have any allergies/ ear issues?

I really dont have allergies or ear issues. It happens a couple times a day. Its like a rush of fear :/ I tried lexapro but didnt like it lol maybe something else will work better for me. But Idk lol

Definitely! I tried Zoloft at first but it made my anxiety so much worse so my dr switched me to lexapro. Everyone’s so different I think sometimes it’s hard to find what works best for you. I agree. When it happens to me I get a rush of panic so intense it’s unbearable.

lasted seconds but it still put me on edge. Now I'm feeling so on edge about it. I've seen a...

Does anyone else get these symptoms?

officially diagnosed with anxiety but I do have symptoms of anxiety. In past years I'd worry a lot,...

Anyone else get these feelings?

head, my heart races or feels like it flutters, chest pressure, dizzy feelings, worry that im...

have anyone touch me. I feel so weird for feeling like this because I've never known anyone get...

Does anyone else feel overwhelmed outdoors?

I have severe anxiety and derealisation that's been getting better lately, but I have a lot of...

I Feel Embarassed asking this...