The world response to mental illness - Anxiety and Depre...

Why is it that people (most) respond to mental and physical illness so differently? I had a friend tell me to “rally” in response to my down-for-the-count day yesterday. Would she tell me to rally if I’d just returned from chemo or was lying here with a broken leg? Nope. But because “it’s all in my head,” I’m supposed to be able to just soldier on. I call bullshit. Bull effing shit. Wake up, world! We’re not little robots you can program or debug. We’re humans, and whatever has lead us to this place is real. 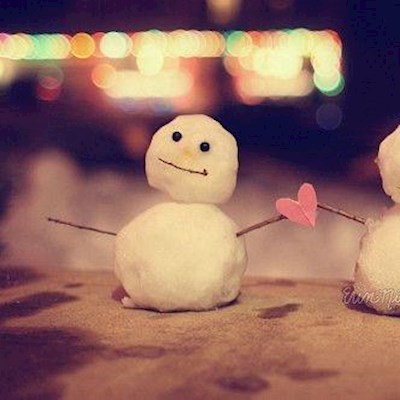 WrtrGrl
To view profiles and participate in discussions please or .
18 Replies
•

That's because people understand what to say to someone who is physically ill. They can cheer them up with you will soon be better and we can do this and that. They understand what support they might need with practical things and it's all clear cut.

It's very different with mental illness as people find themselves in a sea of uncertainty and don't know how to react or how to help them.

They can clearly see when someone is physically better but not mentally. Hopefully one day the world in general will understand but I'm not holding my breath!

WrtrGrl in reply to hypercat54

Agreed and heard. I’m really tired of the ignorance argument for bad or hurtful behavior in any realm of human existence, though. We all need to do better.

Is really hard for most people to understand what we are going thru every day, because we may look ok from the outside, but what they don’t know is the fierce battle we have inside of us and how hard it is to handle.

Ignorance and a deficit of empathy.

Hi! Thanks for sharing!

Seem this really hurt u? Think about this for a moment. U see a guy who is down on the floor because he has been shot and then u see a quite lady sitting down who has lost her child to death. Who would u help first? You are not wrong by your response but it is hard to instantly symphathise with what we hear over what we see. I always say I appreciate so much this group and I wish I had known about it years ago because I have been dealing with depression yet could not discuss with people around me and I used to be so mad until I realized it is impossible to appreciate what u don't understand. To those who don't understand depression, it is something we brought on ourselves because we are weak. This is why it is therapist and alike who can relate because they know about it. But yah, it frustrating what they think of us

Because of this they can't help you and think that the normal "get back on the horse" way of thinking will suffice with mental illness. There is no compassion because to them it's just not that hard. It's just a simple choice, get better or get worse. And there lies the disconnect it's not a simple choice it's a matter of reworking thought patterns, changing perceptions, undoing years of trauma and psychological damage, and rebalancing the chemicals in your brain. Those things take time and are not easy. But this is poorly understood because we can see the effects of say cancer. Chemo, losing hair, losing weight, getting sick more often, losing strength. These things are easily described and we all understand this. Even if we don't we can see it and do something about it. Take the amputee example above. We can build a crutch to help someone walk. With mental illness it's not perceptible and so it goes back to well I can do it so why can't you. And if you can't your seen as somehow less than because you are compared to the persons own standard and not yours. It's dumb but there it is.

It is changing slowly. Look at how Britney Spears was treated years ago by the press. That would not fly today. Also insurance companies are destigmafying it but covering the entire cost. The pandemic made it more acceptable to reach out. I wouldn’t share with everyone but I promise it was way worse 10 years ago.

A few friends post education memes on Facebook. Some deal with it, some aren’t or they aren’t saying. That would be a way to help educate your friend without a confrontation.

So sorry for the off response of your friend. Mental health should be treated the same as physical, but since there's "Nothing to see", it's hard for some people to do that. I know it's frustrating, but perhaps if you think of it like this: when we have friends going through grief we often don't know what to do for them. It's similar for mental health. Friends don't know what to do, and sometimes say the best thing they can think of. It's usually not an attack on you, but an attempt to say something to help, even if it doesn't. Is there a response you could come up with to help friends learn? Maybe something like "I wish I could do that, but I just don't have the mental strength right now." Prayers for wisdom and understanding.

I did let my friend know and explained why what she said was hurtful. She apologized and said she’s learning, so hopefully I got through to her. 🙏

That is a great start. Continued prayers.

Yes its very annoying. Like telling someone with diabetes to just "snap out of it". Its an invisible illness people can't see it - there are no test reports which show it - so they think we're making it up. Only those of us who are actually going through it know what its like.

Right?! I hear you. I suppose if I hadn’t experienced it, I might feel likewise. But you know, whenever I don’t understand something, especially when it involves someone I care about, I do some research. I wish others would be proactive, My favorite illustration of the crap people say to us is in “Hyperbole and a Half’s” illustrations and stories. I love the part about how it’s like you’re telling people your fish died and they’re telling you all these stupid ways to care for it, and you’re like no, it’s DEAD. 🤦🏻‍♀️

I feel you. you are not alone there but I do think she had the intent. maybe she does not know how she can help you help her figure out how to help you (in doing so you help yourself) idk maybe it will work but also maybe for you it won't.

Absolutely right! People who don’t suffer from a mental illness havnt a clue! Mental illness is actually a physical illness. A chemical imbalance in the brain is physical. I suffer from Depression. Just as someone with cancer cannot “rally” the cancer to be cured, well either can I “rally” my depression to go away. But wouldn’t it be nice if it were that easy!

WrtrGrl in reply to Alpaca2884

myself out about the meds I realize that I have a real medical condition. (I know it sounds stupid...

never hallucinated or heard voices but my brains telling me I’m going to. I honestly feel like I’m...