I’m still really struggling with my p... - Anxiety and Depre...

I know this isn’t a place for this kind of support but I really just need an outlet. I’m really struggling with my dogs death. I am at a complete loss as to what to do. He died two days ago in about an hour and I just constantly feel like crying. I go through periods where I’m ok and think I can function but then it hits me. His death was just so traumatic. He was blind and had a neurological condition and that night he ended up in our pool. It was a fluke thing but I will never forget my dad’s scream when he found him. He was hysterical which made me hysterical. I ended up having to do CPR on him along with my mom. It was obviously too late but we tried so hard. I was in shock afterwards and didn’t even process it. He was such a big piece of my routine that everywhere I turn is a reminder of what happened. I can’t just forget. I just want him back so bad. That’s all I can think about! I’ve come to peace with his death by telling myself that he is better off. He had to wear diapers, he was constantly getting lost and he just wasn’t able to understand things. He was about to go down a rough road. But it’s still hard. He was my baby. I did everything for him. My life worked around him. So it’s hard to be without him. I don’t know what to do with myself. 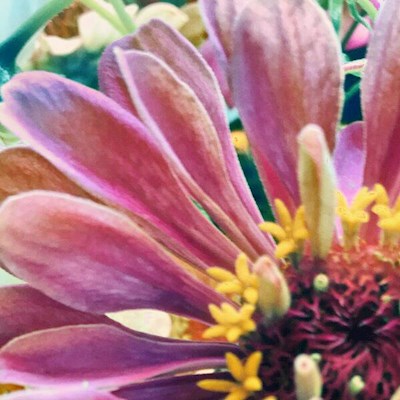 DemureRose
To view profiles and participate in discussions please or .
11 Replies
•

first of all, I'm SO sorry. pets are such amazing beings, they love you unconditionally, never really expect anything back, and will never let you down, which is more than I can say for a lot of people. and then it's just awful when they die. I definitely know what sort of thing you're going through right now, and its not fun.

that said, I know it doesn't feel like it right now, but it will get easier eventually. it might take a really f**king long time. and you will never forget him or how he died, but the more time passes the more you'll be able to look back and remember the good times you had with him. I don't think I can honestly say that it'll ever not sting, but I promise it won't be unbearable forever.

lots of hugs!! and feel free to message me if you want to talk? <3

Thank you so much! You have no idea how nice it is to hear those things. I don’t really have anyone to talk to because my entire family is pretty broken about it too. And I don’t talk about my feelings much so it’d throw my friends off guard. So thank you!

I just saw your other post about this, and I wanted to add that he definitely wasn't "just a dog" maybe some people wouldn't agree with me, but I've spent my life around animal lovers and anyone who's ever bonded with an animal will agree that they aren't "just dogs" or "just horses" or just cats or rabbits or chickens or possibly even just fish. and I feel very sorry for anyone who hasn't ever bonded with an animal, because they're missing out

I totally agree. It just felt like maybe I was being a bit dramatic about my feelings. I do believe that the bond between animals and their humans is so strong. It’s an unconditional love full of fun and comfort.

i understand this soooo much. my baby passed away exactly a week ago. i just posted about it too if you wanna read my story to maybe help you. I’m having a very hard time. I dont wanna live without him but i know he wouldnt want that. He wants me to live and be happy but it’s just soo hard. I wanna be with him. Im so used to him. Im broken. I keep reminding myself that we will be together again but i just wish that can happen now but i know i cant. It’s just hard to wrap my head around this. Hope we both find peace

I am so sorry ! I know the pain

It is normal to fee like that ... you will need to find your new normal and it is not easy !! Baby steps !!

Imagines with my happy childhood play in front of my eyes. When time passed and I grew up I was more and more unhappy, with physical manifestation of depression and anxiety. Today I'm lost in this life, feeling that I missed my purpose somewhere in the road of life. Many of you said that we should concentrate on present not on past but the past is the one which define us and in present we have nothing to like, to love, to enjoy.

I'm sorry to hear about your dog passing away :(. Maybe I'm not the best person to help with this, as losing my dog is something that gives me major anxiety. That being said, I actually have lost a dog before when I was 7. He was hit by a car and passed away immediately, and even if he was 10, losing vision and hearing, he was my best friend and it hurt like hell to see him leave my life so suddenly. I'm not going to lie, even 10 years later the imagine of him passing still haunts me, and it's something I'll never forget. But it does get better. I was talking to my mom recently about how she felt after that (he was her baby, her first dog ever, had him 3 years before i was born) and she told me that eventually it gets better; for months she waited for him to get back, she hoped one day he would come back and it was all kind of just a bad dream, she thought it would be impossible for her to get another dog but we adopted one just last year. The thing about dogs is they give us a different kind of love, so deep and true that when they leave it hurts like a family member just passed, because in reality they are family, and sadly their lives are much shorter than ours. One thing that gives me some peace of mind is this thing called rainbow bridge (a place where dogs go when they die, and they are healthy and happy there, just waiting for you), even if im not religious it feels really comforting to think about that one day you'll reunite with all your four legged friends. Try to think about how much fun you had when you were together, and how thankful he is for the amazing life you gave him. I don't think you'll ever be able to talk about such awful events without getting teary eyed but it will get better. I hope one day you're able to look back at the amazing memories you have of him, and I know wherever he is he misses you too, and he's forever grateful to have spent his life with such a caring owner. ♡

DemureRose in reply to gb14

This was such a beautiful way to put it. I’ve never heard of the rainbow bridge but I am a strong believer in dogs doing to heaven so I love that it’s called that. Thank you so much.

I have been through the death of several of my dogs. It takes me a long time to recover, also. They are so gentle and provide love humans cannot give, which makes it harder to forget. In time you can get another dog, but it will not replace your baby. Go ahead and cry, there is no other way to get through it. In my case, I have no family, so my dogs are it.

give. I’m scared. What can I do!? I’m too exhausted to do my regular exercises right now. What else...

god here it comes again' and I pray for his help. I ruminate about the life I had, my happy...

Anyways, I guess I just needed to vent when I felt like I couldn’t go anywhere else. I’m determined...

I’m at my breaking point

like I’m drowning & I want out. Idk what to do anymore.

I have Covid and I’m really struggling

are the worst. Shaky, don’t know what to do with myself, the never ending cycle of irrational fears...