Now I have an overactive bladder?! Oh my! - AMN EASIER

I am returning from my 6 month visit to Boston for the Min-102 trial. Flight was cancelled due to severe storms and now I'm sitting in Charlotte,NC to connect back to Pennsylvania. We enjoyed an extra night having some nice seafood last night, thanks Minoryx!

Anyway, visit went fine and got my 6 months worth of drugs. Which all were tested for explosives by the Boston TSA. We are good! While there I visited with the urologist who did a urodynamics test. They told me I have an overactive bladder and are going to prescribe some meds for it. If that fails they would try botox injections. I have mentioned on how since MIN-102 my bladder has been super good and functioning much better. With this diagnosis, it makes me think the MIN-102 may be causing this. While I don't have any troubles and control of my bladder function, I was kind of surprised. I'd rather have it overactive than underactive any day! Anyone else on the trial notice this? 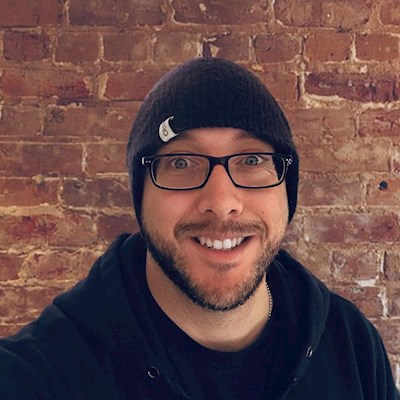 KennyInPA
To view profiles and participate in discussions please or .
Read more about...
12 Replies
•

I'm not on the trial, but I oscillate back and forth. For several months I'll have a highly underactive bladder, like I'll wake up and not go to the toilet for an hour. Even then, I won't produce much.

Or I'll be on the verge of wetting myself. One or the other.

One word...Myrbetriq. This is in my opinion the single best drug for dealing with bladder symptoms associated with AMN. I've been taking it for two years, and never plan to stop! Do a search on this site for this drug name, and you should find lots of info.

KennyInPA in reply to Aaron98

That is what he prescribed and I'm going to try, Thanks Aaron!

Travzw in reply to Aaron98

Hi. Just wanted to ask you what dose you take. I’m on that plus flomax and oxybutynin.

They started me with 25 MG a day. It has helped as I seem to be going less. But again, it came as a surprise to me as I was just happy to be going!

That’s the dose I’m on too. Along with 0.4mg Flomax and 10mg oxybutynin.

Aaron98 in reply to Travzw

50 mg of Myrbetriq, every day. I love it. It really doesn't solve everything (I still get moments of sudden urinary urgency when I haven't gone for a while), but it helps.

Flomax did nothing to help my bladder symptoms at all, but it did cause retrograde ejaculation. Fortunately, this was reversible when I stopped taking it.

My urologist has mentioned that there is a small amount of medical evidence that Cialis may be useful for opening up the bladder neck to help void more effectively. He's offered to prescribe it to me on more than one occasion. Thus far, I've passed, because I'm a little concerned about how it would effect my sex life. This may be oversharing, and if so, I apologize, but...for now, I'm still able to get erections pretty easily (though I do struggle with sexual sensation issues), and I don't want to have a rely on a pill for that at this point in my life.

Travzw in reply to Aaron98

I have the flomax because some flap thingy in there isn’t working properly (don’t remember what it was called). I got a free trial of cialis and it did help the urinary issues a bit. Of course insurance doesn’t cover it even though we tried to make a case with them that it was a medically necessary drug. Can’t afford it without insurance so I don’t take it.

User2468 in reply to Travzw

In regards to the unaffordability of cialis. I’d recommend you try the generic version tadalafil. Its still expensive but with websites like “goodrx” offering coupons its much more affordable. Hope this helps.

monkeybus in reply to User2468

I will second that. Those internet pharmacies can be a nightmare, though. Handing over your credit card details to god knows who.

I have said this before, but mod4all.xyz is my shopping spot. The constipation, urinary dysfunction, sexual problem part of AMN comes and goes with me.

Travzw in reply to User2468

Yea I tried that but it didn’t work for me.

I have an overactive bladder. This was my first symptom of AMN, well before any walking problems, and has persisted in a very slowly worsening trajectory for at least 15 years. If I am out and about I have to be careful what I drink and make sure that I know where the toilet is. I also often go to the toilet when I really don't need to, just in case. The only thing that has really got worse over the past 15 years is my ability to get to the toilet when I really need to go because my walking has deteriorated significantly.

Since going on the trial, my bladder function has improved. I am finding it easier to hold urine when I need to and as a result I am drinking more and making far fewer pointless trips to the toilet. At the toilet, let down is easier and I find it much easier to urinate while standing. I am also getting better at detecting when I genuinely need to empty my bladder and when it's just my overactive bladder doing its thing.

My view on the change MIN-102 has made to other aspects of my life changes day-to-day depending on how well I am walking and sleeping, but the bladder function change is clear because my attitude towards it has changed and I can get away with more. I still have an overactive bladder but the symptoms are more manageable.

The one thing bladder-related which has got worse is the nocturia. I am now waking several times a night to go to the toilet to produce varying amounts of urine. I presume this relates to the water retention from MIN-102. My specialist has offered me a diuretic but as far as I can tell this will just mean I will urinate far more during the day, which I don't want. Day or night? I choose night but then again I don't find going back to sleep difficult after going to the toilet.

I am sure some have reported Min-102 progress in the various threads we have on the go here,...

I didn't actually realise what was happening. I have always been wiped out with a 'flu / bug' for a...

I have addisons disease, but not sure if I have AMN

new here, and have questions regarding the relationship between addisons and AMN. I have had...

central Pennsylvania, diagnosed with AMN last summer. Both of my older brothers both have AMN of...

More controversial medication. I still don;t care if you are anti.

benefits. And since my last visit to the neurologist, where despite having a tonne of questions, I...