Post Ablation Alcohol use: Greetings all my... - AF Association

Greetings all my AF roomies.. Will always remember my Ablation correlated with Carrie Fisher/Debbie Reynolds passing away.. So sad. Everything is progressing well but this being New Years I am obliged to have my daily toddie with the nightly news prior to dinner. No discharge instructions prohibited it - so what say my AF roomies who had ablation - Where you allowed alcohol afterward? thanks... 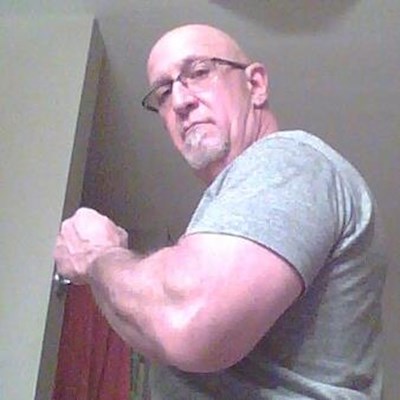 RiderontheStorm
To view profiles and participate in discussions please or .
24 Replies
•

Best avoided in my opinion as it can trigger AF. and if you are on anticoagulants it can affect your INR.

Happy New Year- I hope your ablation is a success.

It is a measurement of the coagulation of your blood and is measured on patients who are taking Warfarin as an anticoagulant.

The interpretation is as follows:

For a 'normal' human being the INR would be 1.

If you take Warfarin the drug is designed to slow the coagulation of your blood. So when taking warfarin the ratio is increased. Thus an INR of 2 would indicate that your blood will take twice as long to coagulate as would a 'normal' person.

In my case my target is to be between 2 & 3 and the dose of the Warfarin is adjusted regularly following blood tests. Some have their own home kits, sometimes a small gadget is used by the doctor or phlebotomist to test your blood and in my case they take a sample and test it at the hospital and advise me a day later if I have to adjust my dose.

Vitamin K reverses the effect of Warfarin and is contained in many foods for example Kale and other dark green vegetables.

The purpose of prescribing an anticoagulant is to slow the coagulation process because when a patient is in AF the blood circulates within the atrium as is not discharged when the heart beats in the same way as it would if your heart were to be beating normally. What then can happen is that a clot could form in the atrium.

If a clot were to form in the atrium then when and if your heart returns to normal sinus rhythm (NSR) then the force of the normal heart beat can or could send this clot around your body where it might lodge in your brain and precipitate a stroke.

I hope this is clear.

Tks, Pete. I'm glad I saw this. I take Eliquis and wondered how do you know if it is working? I've never had it tested. Do you know if they test Eliquis, for that? Does alcohol cause Eliquis to not be as effective, btw?

Ah now you've got me I don't know anything about the new anticoagulants.

I believe that their efficacy is not measured in the same way as Warfarin.

No doubt others, who are more knowledgeable about them will offer you an opinion.

Dang it Pete, I thought I'd found my "phone a friend", guy. Lol

Yes, but even a blind squirrel finds an acorn, sometimes.

I haven't had an ablation but, as alcohol is a known trigger for AF and , as you may get some activity during the period after the heart has been disturbed during ablation , I would think it's a definite "No No!!"

It seems unwise to take the big step of having ablation and then re-introducing avoidable risk!!

I haven't had an ablation but my understanding is the heart is over sensitive at first after being " interfered with". I would be very hesitant . Rocking the boat at this stage not really worth it. If you did have a snifter and get away with it, doesn't mean you always will. Easy for me, I hardly drink and the odd glass of wine doesn't seem to be a trigger.

Your call but don't complain if it triggers something. I would have thought you would want to give your heart the best possible chance especially so early in your recovery. If you have no future AF for a year or so, then maybe you could chance it.

Havnt had an ablation, but have AF and it seems mad to even think about drinking alcohol.

Even a mouthful of wine precipitated an AFib event within minutes. No alcohol for me. I wouldn't chance it. Noablation yet.

I don't think a glass is going to do you any harm after a week or so after your ablation. I think there are other factors which are a lot more important to reduce your risk of recurrence. These include identification of what might have caused your AF in the first place, e.g. weight, lack of exercise, too much exercise, smoking, high blood pressure, excess alcohol, sleep apnea and gum disease.

Of course if you were drinking excessively before the ablation then I would suggest total withdrawal from alcohol.

Ablations where the original cause of AF has been identified and rectified show a remarkable increase in success rates.

RiderontheStorm in reply to MarkS

Thank you all for your answers.

I am very physically fit, not overweight, non smoker and only drink moderately, one to one and a half drinks per night.

But I do believe acting judiciously and will refrain from even that as I have contacted my EP to see what their response is. I believe My AF was primarily induced by stress.

MarkS in reply to RiderontheStorm

In that case you're a bit like me. My AF may have been caused by over-doing the exercise, so I've moderated that, particularly the endurance side of it. Also stress may have been a factor, which I've also reduced by effectively going self-employed. Also genetics played a part as both parents suffered from AF.

It sounds like you're doing all the right things anyway. You stand a very good chance of fixing your AF particularly if you can handle the stress bit.

Have a drink and enjoy yourself, otherwise what,s the point!

RiderontheStorm in reply to gateman

True. but giving the heart time to repair itself is what I am thinking about before returning back the the norm. The idea is being done with pills and being careful and being able to eat, drink, exercise and live life normally. :^)

dmac4646 in reply to gateman

the point is - what do you do if alcohol does prove to be a trigger as many now believe that very low levels in some cases - expect another ablation ??

RiderontheStorm in reply to dmac4646

That is an individual decision. For me if that turned out to be a major causation factor - I would give it up. I have no doubt now since I have done some some recent reading that ALCOHOL is Cardiotoxic. I believe we all have common touchstones related to AF but different levels of sensitivity.

You have to use your own judgement. I might be lucky because I am in permanent AF with no symptoms. I occasionally drink with no changes.

I think in general a lot of alcohol speeds the heart up a bit. In moderation it might not have a big effect. Just monitor it as you go.

I'm one month post ablation and I also take Eliquis. After the first few days, I went back to my daily evening drink or two. I had a loop recorder implanted and it has not showed any AF since the ablation. I had tachycardia at first, but I have since received 2 iron infusions for anemia and am feeling great now. I think stress and anemia were the causes for my AF. I had a good 1 month check-up and all physical restrictions were lifted as long as I work back into them cautiously. Best of luck to you!

First - the only thing common across all articles on a-fib is that alcohol (specifically binge drinking) is a known trigger.

Second - there is plenty of research that shows a glass of wine a day is good for your health. I presume a daily toddle means a drink or two - in which case I am sure it is fine.

Update from my EP about drinking alcohol while on blood thinner:

**"A single alcoholic dinner drink should be fine. Drinking more than that on a fairly consistent basis is contraindicated as it increases your risk of bleeding (because you're on a blood thinner) and it could trigger a return of your arrhythmia."

So one drink, not done every day is safe for me it would seem

occasionally enjoying a drink post ablation without effect (if alcohol was in fact a trigger for...

EP then scheduled ablation. It's now been 3 weeks since ablation with no alcohol. EP says not a...

Hi all, I had an ablation just over 3 weeks ago and have had a few symptoms like high resting pulse

who 3 weeks ago had an SVT ablation. I’m on metoprolol 25 mg twice daily to regulate my heart rate...

I am in the recovery phase after having an ablation back in June. I have recently...