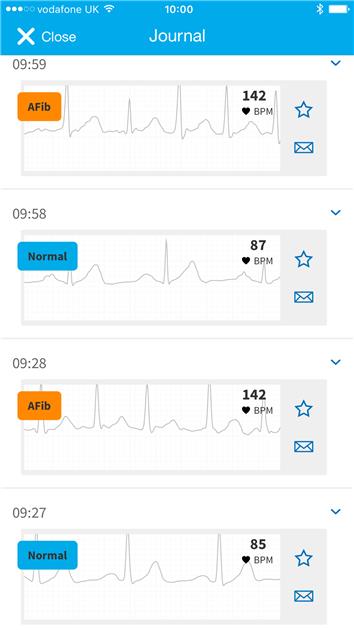 Just when I thought my ablation had worked perfectly I've been hit with a bout of intermittent fast AF this morning. My ablation was only 10 days ago so I'm sure it's just part of the healing process, just feel a bit rubbish right now! 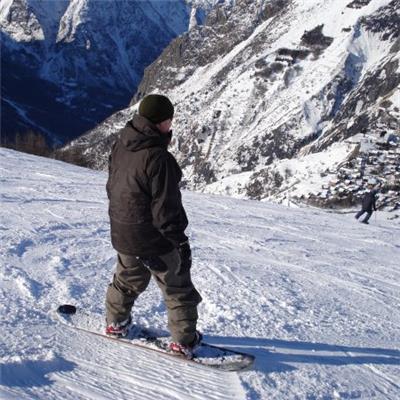 SteveA
To view profiles and participate in discussions please or .
18 Replies
•

Sorry to read that Steve but it is not uncommon. Ride the storm and try not to worry as it will be at least three months before the heart has settled down. Keep well hydrated.

SteveA in reply to BobD

Thanks Bob, it's weird though definitely different from before. I keep going into AF for a few minutes then back into NSR for a few minutes and then AF again! Previously I went into AF for hours none stop and then it stopped and that was it! It's done it twice whilst writing this reply, at this second I'm back in NSR enjoying the quiet!

Also my first day back in work! back home now

Obviously the heart is trying to resist the AF so sounds positive to me. Might not even be AF either so ignore if possible.

I've just taken my Flecainde as pill in the pocket, hopefully this will kick it into touch!

worrying I know, as others say early days....try to take your mind of it.I found that helps.

Don't think it hasn't worked. It needs time to settle.

Steve, I didn't feel my heart once for 6 weeks post-ablation. Then I started getting episodes of mild AF occasionally. Currently I can stop it within an hour or so with 100 flecainide. We're all different and our electrical pathways are all different BUT the healing process is the same. Your heart has taken a hammering, it has been burned and it's going to take 3 months to heal and possibly even longer to heal.

Don't be discouraged. You've done remarkably well so far and hopefully things will settle down.

I've just spoken over the phone to the Arrhythmia Nurse at the hospital and she has put my mind at rest. She explained that the scar tissue needs time to heal and expand, so it very normal to expect this and not a sign it hasn't worked.

I did have a glass of wine last night, my first since having the procedure. Might be a coincidence but this could be to blame.

Steve. I don't think the wine is a coincidence. I was told any alcohol alters the electrical pathways and makes it easier for signals to be conducted.

Before I had my ablation I had already given up alcohol and my EP knew that and I don't recall him saying anything about it post ablation. I was chatting to another AFer whose has a different and he was told no alcohol for 4 to 5 months whilst the healing process goes on.

I hardly drink anyway, so I can take it or leave it. I was just being sociable over a family Sunday dinner. Regret it now, when I look back at my previous AF episodes, not all but most were within a day or two of having a drink.

Looks like alcohol is a trigger for you. That may change in the future.

I was / am in persistent AF so not a trigger per se but sometimes an enhancer / aggravator. On New Year's Eve had 0.25 of a small flute of champagne with no problems. At a christening last month had 2 or possible 3 sips of prosecco and within 5 minutes my heart was having a merry dance.

Don't blame the wine too much Steve - it's ablation therapy that cures AF not abstinence from alcohol. Hopefully this setback is just part of the healing process but if you subsequently find that you need another ablation to finally 'tidy things up' - it wouldn't be the end of the world would it? You're on your way to an AF free life - that's the important thing.

Steve, as others have said your experience is perfectly normal during the recovery period. After my ablation the nature of my AF did change from relatively infrequent but long spells of AF to short frequent bursts just like you. After about 2/3 weeks they subsided and I have had one 3 hour burst of AF, sorted by Flecainide, in 12 months. I can't guarantee you won't need further treatment as we know second and third abablations are sometimes needed, but be optimistic and give your heart time to heal. I'm afraid the wine may not have helped. For me it has always been a trigger and I have ( reluctantly) weaned myself off it over time. It's a personal choice but why put yourself through the risk if you can live without it. Good luck!

Hi don't worry about it it is very normal I had my ablation in January unfortunately for me after a week I went back in to af and stayed there until at 5 weeks post ablation I had a Cardioversion now I'm in NSR and have stayed in it. My EP said that it was all perfectly normal. So unless you are in af all the time it is just the healing process.

I keep telling myself that, I thought it had all settled down last night as got a really good nights sleep. Checked my pulse using Alivecor this morning and a nice steady 65bpm, which is the lowest it's been since ablation. Then about an hour ago I was in the shower and it started up again! I've been in and out all morning again, it's really doing my head in!

It took 5 months for mine to settle down. That was almost 3 years ago and still in nsr. So stay optimistic and good luck 🍀

This . For me wine is a complete Nono and it took me a longer time to accept that than was sensible.

seemingly ubiquitous pre-episode symptom, what happens now when you lay on your sides?

Thought I would share my good news to balance out some of the less successful ablation stories on...

Just thought i would share my story. I am now 7 weeks post ablation. I had a bad second week.

but has anyone had a recurrence of Af just after the ablation. Has it remained after the blanking...