Looks like liver damage is indicated, all was going so well...

MO suggests stopping Zytiga for 2 weeks and then retest CMP . 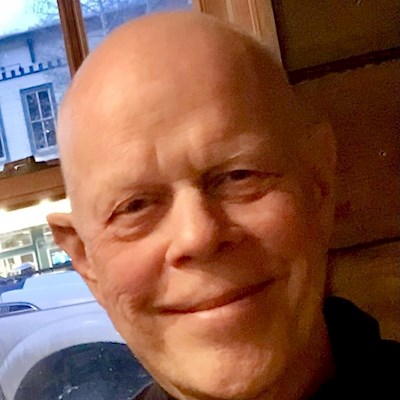 Scout4answers
To view profiles and participate in discussions please or .
Read more about...
49 Replies
•

Do you take any supplements? If so does your MO know and do they want you to stop those as well?

Scout4answers in reply to RSH1

they know of them and did not mention stopping them. I stopped most of them months ago so as not to create a conflict.

I switched from Eligard to Lupron Depot , 2 months ago and that is when the liver numbers started to rise, wondering if that could be the cause?

Mine rose after I started an alternative treatment two years ago. But I took a two week break, it corrected and fell to low levels. I do take things like serrapeptose, alpha lipoic acid, milk thistle, which some say helps (I rotate in and out of them).

I doubt it's Lupron, which I've been on for three plus years, but anything is possible.

If my memory serves other members have had success after brief periods off zytiga. If not you can always add one of the "mides" as a replacement if you want to stick with more than just Lupron. I know of at least one member doing Erleada instead of Zytiga.

Scout4answers in reply to RSH1

I currently take SAM-e, baby aspirin, milk thistle, mineral sup. and a probiotic. I have been experimenting with melatonin searching for a tolerable dose.

RSH1 in reply to Scout4answers

Those all seem innocuous or possibly liver-protective.

A few months after I started Zytiga my liver enzymes increased to the normal range UL. I was also experiencing fatigue and high blood pressure. My MO cut my Zytiga dose from 1000 mg to 250 mg. Everything went back to normal. I've bumped it up since then and nothing much has happened.

Sometimes the liver has that initial reaction, and when one lays off the Zytiga it calms down. Then some guys find that ramping back up slowly allows the liver to accommodate the higher dose.

I have been on Zytiga for 6 months, enzymes only started to rise a month ago , one month after I changed from Eligard to Lupron Depot. Are you aware of any data on Lupron vs. Eligard and liver reactions?

I'm not aware of any - it's the same medicine - leuprolide - in both. But liver reaction to Zytiga is common. Try stopping for a few weeks to see if that is the problem.

Thanks AllenYour depth of knowledge is appreciated.

What Tall Allen says occurred with me. I was on 1000mg zytiga with 5mg prednisone. Worked great. Then the liver enzymes skyrocketed. I quit zytiga until the enzymes got into the normal range, then resumed at half a dose (500mg.). Enzymes shot up again. So I'm currently on Xtandi.

Doubt it very seriously. Fir years years I either had a Lupron or Eligard which ever was available. Metabolism is the same fir either.

When did you start milk thistle? I took it for two months and my liver enzymes also went crazy, I stopped and in 3 weeks everything was more or less normal. I know it suppose to be good for liver, but in my case it wasn't...

how are you responding to the LU-177?

So far very good, next blood draw end of next week

Yes, I was on milk thistle when mine shot up, but I was still on it when they reversed and dropped to low levels. Crazy.

Agree it is, I decided not to wait. Another good supplement for liver is LIV 52 (aka LiverCare in the States).

Leader4077 in reply to CurrentSEO

HelloI read that you have started Lu-177 treatment. I am about to start it later this month. How has it been going and do you still take any other meds while being treated?

CurrentSEO in reply to Leader4077

Hi, you can check my profile, I try to update it often...it is long, so you can start from the end😉

I have been taking Milk Thistle for 5 months just after starting Zytiga because my enzymes were on the high end of normal and it brought them back down.

How about to try 1 pill of abiraterone with low fat breakfast?

Read about it and you can search this forum too about 1 pill with breakfast.

But anyhow probably stoping completely for couple of weeks is a good idea, I think.

That dosing has the same effect on the body…it is just that Abi is better absorbed with food so you can take less. Shouldn’t have a different effect on the liver unfortunately

I thoug but t I would mention I stopped Zytiga for a short time due to WBC issue and started up on 750 mg daily. My results are in my profile. May not be a option for you or your Dr but thought I would throw it out there.

I just wrote this in the "Rising Liver Enzymes" post. My numbers also started rising at about the 6 month mark. Here is what I wrote: Your numbers can go up to 5 times normal. When mine reached that point I stopped Zytiga until numbers went back to normal. (off about 7 weeks) Then restarted at 1/2 dose. Numbers ok so went to 3/4 dose in about August 2018. Been there since and at <0.01 the whole time.

during the time you were off Zytiga did your PSA increase?

GoBucks in reply to Scout4answers

Well, the liver has the capability of healing itself if allowed to. Depends on the damage you have though. Have you ever considered coffee enemas? They allow your liver to dump toxins. Maybe you could discuss that with you medical team.

If you discuss coffee enemas with your medical team, please film the encounter. We could sell tickets to that movie!

CAMPSOUPS in reply to dhccpa

I had the oil drained and changed in my car the other day but for some reason the the radiator fluid still looks like crap.

MrG68 in reply to Scout4answers

IMO you should seriously look into this. Coffee enemas are cheap and you can do them at home they’re easy to do.If you read any of the work by Nickolas Gonzales, he explains why he considers them essential as part of his protocols. I’ve done these for a long time and never had any side effects, just benefits.

If you get chemo, for example, you can get toxicity from the tumors. This is called tumor lysis. It’s potentially quite a serious issue. An enema will remove the dead cells. People always laugh at enemas. There is nothing to lose on you trying. Be warned though, if you try them, you need to open your bowels before you do it! I’d consider lying down in a bath. If you have unintended release, and trust me here, this is very easily done when you start out, it will get pretty messy very quickly! Just make sure you hydrate before and after. I add some salts or fasting salts to hydrate.

But like I said before I would suggest you discuss this with your medical team.

Scout4answers in reply to MrG68

thanksI will consider it

CAMPSOUPS in reply to Scout4answers

I think your just being polite which I thank you for. In case not a little food for thought:body alone can do the following:

Natural bacteria in the colon can detoxify food waste.

Mucus membranes in the colon may keep unwanted substances from reentering the blood and tissues.

The lining of the intestines regenerates itself faster than any other tissue in the body, preventing a buildup of harmful material.

Zytiga can cause elevation in liver enzymes. Reducing the dose to 250 mg with food can be a potential solution.

Do you drink any alcohol? My husband switched to NA beer while on Zytiga. Also pushed fluids. Those things, along with the brief break, May well be enough to get it under control.

He loves Heineken 00. He loves taste testing them.

Agree with the Heiniken 0,0. Not as good but not as bad as you might think, is the new Bud NA in the white can. Sam Adams NA IPA was awful.

I will tell him that! He says that they have come a long way since O’Doul’s.

I switched to Red Wine from Cognac when cancer became more aggressive maybe Perrier next.

We loved going to wine dinners and have several wine refrigerators. It’s been an adjustment! Now that we see his liver is doing ok handling meds, he does have an occasional cocktail or wine. 1-2 a month.

I become a much better dancer after a glass of wine.

Ha! My husband needs at least a bottle before he will even try.

The exact same thing happened to me three years ago. It was all from the Zytiga, so after about six weeks of trying smaller doses, switched to Xtandi and all was well on that for almost 2 1/2 years.

I had the same problem. When I stopped Abiraterone it went away. We restarted at 750 mg and my liver tests are much better. Almost normal at 52. My testosterone levels are still unmeasurable. .

I switched to Perrier mixed with Water on the rocks....

because of Cancer or Mets but because of old age setting in . I'm relieved to hear that Cancer...

increase. No evidence of distant metastasis from prostate cancer. Measure Planned actions: The...

prednisone and possibly switching to dex would allow zytiga or xtandi to work, Thank You

My brothers battle is over

Need info from the brains for an additional drug Kaiser wan...