How serious is being a month late for... - Advanced Prostate...

My last 6 month Lupron injection expires March 2022. My next appt with MO is in April. I asked her about an order for my March injection which would have administered locally (she is a plane flight away). She said not necessary, I can wait til April appt. I am also taking abiraterone. I tend to think the residual ADT in my system will continue to be effective for a month, especially when I’m also on abiraterone acetate (Zytiga). 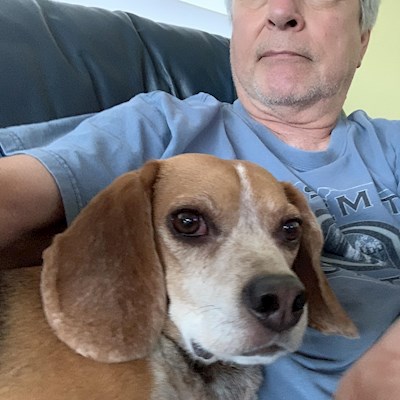 6357axbz
To view profiles and participate in discussions please or .
Read more about...
25 Replies
•

You will be fine. All my docs.[3]--will never recommend 6-month shots---not even 3 months, just one month at a time---It would take a few hundred words to explain their reasoning, but they all have the same reasoning.

Thanks Nal. Much appreciated.

It takes months for the testosterone to recover after being in Lupron. Besides you are being treated with abiraterone which blocks the production of testosterone everywhere including the testis. No need to worry about delaying the Lupron for a month.

Thanks tango. Sounds about right to me

I think she is leaning towards an ADT holiday. She actually used the “cure” word during our last visit. Not that I’m getting my hopes up. I’m not.

I am totally unqualified to answer your question but, what the hell, I'll just think out loud here and if you listen in, don't be too upset if my thinking is screwy. My thoughts are:

1. As you surmise, abiraterone is still active and is the more powerful of the suppressors of testosterone.

2. The Lupron in your system is not suddenly flushed out when the 90 days of the last injection is over. It takes time for all of it to get used up. If I remember correctly, when I finished my last Lupron shot after radiation, it took about 6 weeks before I really felt that the effects of the drug were wearing off.

3. There is a time delay before the tumor cells start to activate again. I don't know what that delay time is but I seem to recall that PSA increases don't start for several months after testosterone returns, which itself can be weeks to months after the 90 day expiration..

4. All of these effects tend to vary with the duration of your treatment. If you have been on ADT for a long time, e.g., several years, it will take longer for testosterone to recover than if you've only been on for a few months.

So ... My vote accords with yours and the MO's.

Not a single problem, your body is saturated with the stuff. At least that's what my MO told me.

I took monthly Lupron shots every five weeks to lower the systemic Lupron levels to adjust for my lower weight (145 lbs versus the "standard weight" of about 190 lbs for which doses are targeted). T stayed < 12 doing this, but one time, I went 7 weeks between monthly shots, and my T shot up to near the lower limit. So on monthly doses, somewhere between 5 and 7-weeks, the monthly dose of Lupron effectiveness wears off-- at least in my situation. After 18-months of doing this, it took about five months for T to reach normal levels of around 700.

Thanks Timo! That’s very interesting and something I never thought of sinc egg dx. Dosing based on weight. You have some relevant experience. TY

Here's a question to consider, one that I will ask my MO when I go in for my 3-month Lupron injection next week: if I am taking abiraterone, do I even need the Lupron, AT ALL, and if so, why?

If abi blocks all production of T, then presumably it is impossible for any "T recovery" to occur if one goes off Lupron but stays on abi. The ADT almost seems redundant. At my last appt, which was with my MO's PA, the PA suggested as much, and thought abi monotherapy was a reasonable way to go (so long as it was keeping T and PSA low).

6357axbz in reply to noahware

Mascouche in reply to noahware

Tall Allen would probably have the answer you seek.

in reply to noahware

The question of whether ADT is still needed with Abiraterone is one that has been looked into. Here's an article on the subject:

It sounds like it's been established that ADT is needed with Abiraterone, but may not be needed for Xtandi. I have heard of people succesfully using Xtandi as a monotherapy.

noahware in reply to

Thanks... I came across this article last year, but it left me with as many questions as answers.

We read, in 2015, that "experimental evidence suggests that the testosterone suppression achieved by abiraterone monotherapy is not sustained in non-castrated men and is overcome by a subsequent two- to three-fold surge in luteinising hormone (LH) levels. Although the pharmacokinetic study of O’Donnell et al assessed a small number of men, it does suggest a need to maintain castrate levels of testosterone with ADT when initiating abiraterone therapy. -- Currently, a German multicentre trial (SPARE trial) is investigating the impact of continuing ADT when initiating abiraterone. "

But what did German researchers say about SPARE results in 2019 [Meeting Abstract -- 2019 ASCO Annual Meeting] in their summary?

"Conclusions: Results of this exploratory study suggest that treatment with AA+P without ADT may be effective in patients with mCRPC and that ADT may not be necessary in patients receiving AA+P. "

Not sure what that might mean for castrate SENSITIVE patients.

tango65 in reply to noahware

The main reason is that RCT were done with ADT plus abiraterone vs ADT alone. Abiraterone alone reduces testosterone to castration levels.ascopubs.org/doi/abs/10.120...

pjoshea13 in reply to noahware

This is a question that has come up a few times.

The easy answer is: that is the way it was tested & approved.

Here is how I responded 3 years ago:

The rationale for so-called ADT continuation along with abiraterone, is given in the SPARE paper [1]:

"The value of continuation of luteinizing hormone-releasing hormone (LHRH) therapy in castration-resistant prostate cancer (CRPC) remains controversial and clear evidence is lacking. Argumentation for cessation of LHRH therapy is the prolonged suppression of testosterone levels after the withdrawal of LHRH analogues and the fact that disease progression occurs despite castration levels of testosterone. Especially upon treatment with the life-prolonging cytochrome P450 17-alpha-hydroxylase (Cyp17)-inhibitor, abiraterone, which has the ability to further suppress testosterone serum levels over LHRH therapy alone, continuation of LHRH therapy seems to be negligible.

noahware in reply to pjoshea13

Thanks... I do understand the rationale, but it only answers the question of WHY the doc will keep giving me Lupron... unanswered is, do I actually NEED it?

Is there anything more than a purely theoretical basis for supposing there may be a disadvantage to abi monotherapy? (Has the potential for "unpredictable hazards" become any more predictable, lol...)

So this is the part I am interested in: "This study will explore the role of continuation of LHRH therapy when starting treatment with abiraterone in patients with asymptomatic or mildly symptomatic, chemotherapy-naïve CPRC."

I guess final results of SPARE are not in, so they are still exploring the role of continuation of LHRH therapy when starting treatment with abiraterone. One question is, since the role started being explored some years ago, do we know anymore about that role today than we did then? Anything new reported in the past five years?

I did stumble on one case study where the patient "was successfully treated, and a 32-month PSA response to Abiraterone was reported, associated with Prednisone but without the use of concomitant luteinizing hormone releasing hormone (LHRH) agonists. This occurred because the patients’ medical insurance company did not accept the prescription of Abiraterone and LHRH analogs together."

The authors seemed biased towards abi monotherapy and went on to raise the question of whether abi monotherapy without ADT would provide higher QoL , with fewer side effects, than abi+ADT. But why would this be? You are effectively "castrate" either way. (And ultimately, you will face treatment failure either way... but which way will bring QUICKER failure?)

pjoshea13 in reply to noahware

My feeling is that nothing bad will immediately happen to men who refuse classic ADT continuation, & that it would be unusual for T to rise above 20 ng/dL after 6 months, say.

However, we know that Abi is not a cure. It will fail for most men within a few years. Might ADT continuation add a few months, or more?

Apart from keeping an eye on T, what elso can you do? Actually, free-T is more significant than T. But, as Dr Myers says, T is not the issue - DHT is. So I would monitor that - or simply use Avodart as some do.

QoL should be marginally better if ADT is discarded. That might be more important than any unproven benefit.

If you've been on ADT for any length of time, you shouldn't have to be concerned. At my last appointment, my doctor said I could skip a shot and be OK.

If you are really concerned, you could check your testoserone level and make sure it's castrate, but I don't think it's necessary.

Thanks Gregg. I’m convinced by what everyone has said here.

Sounds like we could drop every second dose of ADT and not see any difference - just less trips to the MO???

Beware,If you miss your monthly they may think you're pregnant....

I want to move to one month injections. I had a Firmagon injection before my surgery but it was into

disadvantage of getting my Lupron injections monthly, every 3 months, 6 months, or yearly? I'm...

and 21 months of ADT pretty well, I am glad to report that my eighth and final three-month Lupron...

not for an ADT Vacation? Two weeks till next Med Onc. 3 month F/U. I've been on Abiraterone 250mg...

How late is too late for Abiraterone?

the UK, Abiraterone (Zytiga) is not currently offered as a front line treatment alongside ADT...

Nalakrats to Begin His Yearly Sabbatical