My guy has an appointment with his local MO tomorrow, and is bringing with him a list of symptoms that I am writing up from what I have been observing.. His appointments at most have been about 10 minutes, and he is not good about raising issues of his medical difficulties - hence, my list. Because of COVID I cannot fly up to be with him, and right now coordinating me on Facetime or something is just too complicated to manage. My guy is still waiting on a new patient appointment with a PCa specialist.

I know I shouldn't overwhelm the situation with a flow chart of symptoms, possible causes, possible diagnostics, mush ass I am itching to do so. But she needs to know thee basic parameters of the problems and at least be given some hints about directions in which to go and not go.

Any advice on what to include, not include, so this ends up being a helpful adjunct, my list, and not something a barely competent MO will just throw aside as too involved and complicated? The problem is my guy lives in a rural area and there are limited medical options - and until recently, he has not faced aa new phase of treatment, so thee MO just followed protocol.

I know I tend to get too inclusive and get less informed people's back up, and am trying to avoid doing that. 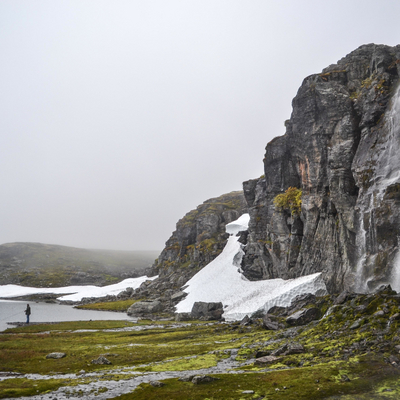 lss65
To view profiles and participate in discussions please or .
17 Replies
•

Your husband is lucky and loved to have your support. Re symptoms. You will find the Cancergraph mobile app a savior to help remember symptoms. Download at iOS and Android apps stores It’s free

lss65 in reply to Darryl

The app has been helpful - for this go round I've used it to identify some symptoms that I hadn't known how to describe before and will put in a bullet point outline (see below). I basically have taken everything he has told me about over the past few months and put them down in one place for him, organized in 3 general sections. For tomorrow, this will have to be good enough. thx.

Getting Peoples backs up in defense of your guy is Commendable---Hope you have a proper List--or get what Darryl suggested and circle them.I just had a picture in my brain circa 1993--where a Surgeon was not paying attention to me at a hospital, and I took out 2 IV's and told him I was going to throw him out the window, in the room I was in. He went out the door, and I chased him down a long hall--he was lucky I did not catch him--Guess my defense in court would have been--Temporary Insanity.

Do not be afraid to PUSH---kick Wokeness in the ass.

In December I had a 6 month Eligard shot. One month later, my choice, I had blood tests that showed psa had doubled in 4 months, 1.18, and T level at 25 up from >5.Saw onco and she seemed to phone it in. Stated monthly tests were not necessary and was unconcerned with the results so far.

Need to add had been on Eligard since May but monthly shots.

I convinced her to have the testsdone in 3 weeks and have a phone visit 2 days after that.

Phone visit changed to NP visit followed by a one month shot of Lupron.

If I had just done as she wanted T would have been significantly higher and psa scary high.

I will make sure she understands alk this on my April 5th visit with her.

Are you thinking of changing oncologists? I would--or at least a highly respected second opinion.

Most major cancer centers now do 2nd opinions by telemed for those who live in isolated locations (or not).

lss65 in reply to Nalakrats

He has an appointment with Alumkal at UofM in a couple of weeks. We can ask Alumkal the hard questions. In the meantime, his local MO is reducing his abiraterone dosage, then having him take with food, to see if reducing dose will eliminate some of the neurological effects he's been having. She also is having him do some more scans. Finally have the ball rolling, though it's been tough bc my guy has been really struggling cognitively after his last lupron shot. For the time being, is planning on reducing from 3 month shot to one month shots to try and get steady state in his system, but this gets done by his urologist who has to agree to plan. Alumkal is in the same system as his other docs, so hopefully he will pick up the ball and start coordinating care among the team members. My guy will drive to Ann Arbor for the first appointment.

Nalakrats in reply to lss65

You are working it!--There could have been some underlying disease, not recognizable, or not yet with effects. I.E if Neuropathy was an issue such as narrowing of the capillaries that feed the nerves, it could be brought forth with the addition of ADT Just one example. The Zytiga reduction with food does work for some men---and I very much like the once a month shot. When on ADT I use a daily Medication, thru an implant.

I feel this so much! My husband is a “poor historian” I would say and if a doctor was trying to rush through they wouldn’t have any trouble at all! So much of his treatment has been as a result of my advocating, questioning, challenging...and not being able to attend appointments during COVID makes that very hard! We did FaceTime several appointments. If that’s too complicated what about just a call on speakerphone? In any event- and either way- I think I’d send him in with a written/typed piece of paper with three bullet points of the main issues and ask him if he’s willing to take notes as to the physician thoughts about them? Idk. It’s hard and the fact that the appointments are only 10 minutes does give a clue to the amount of attention they are wanting to give their patients- not much. I would be very frustrated with that! Sorry to not have a better solution or idea...best of luck and hope he gets in with a specialist soon!

lss65 in reply to joekaty

Three bullet points - good idea. I'll suggest speaker phone. I am glad I am not the only one with a "poor historian" where I am the one who hears immediately about a concern or oddity or issue, but I'm not able to be at the appointment. It is all frustrating.

joekaty in reply to lss65

Truly I understand this so much! I am a researcher but not a doctor, and I use the term “researcher loosely- basically using the internet to search for studies that relate to my husband....and also I work in a hospital so sometimes I have just enough medical knowledge to be dangerous lol. I have been right though, or on to something, several times when our doctors didn’t want to dig deeper. I feel your frustration! Hang in there and keep advocating!!

I juderstand your frustration.The appointment, any serious appointment, can be adjusted to include an advocate. Just ask, forcefully if necessary.

Also and appointment of 10 minutes can be extended, again ask. If not get another doctor asap.

All my doctor appointments are bilked as20 to 30 min and I use all that time to get my concerns understood and explained.

Search my recent oosts to read about my latest onco visit for example.

I attend every appointment whether my local MO or my out of town specialist with a list of questions and items I want to cover. It usually includes current S/E’s from treatment, questions regarding what the next step is if current treatment fails, treatment options, upcoming labs and what we are testing or need to be testing, etc.I find when I have a list I’m given the opportunity to ask each item on my list. I make notes. When I see my out of town M/O and my wife can’t be present I call her and have her on speakerphone. She takes notes and chimes in with a question here and there. I has served me well thus far.

Is this MO the first doctor he has seen about this? Is so no doctor is going to treat him without doing a biopsy. That will tell the story.

Looking at more details of his history it seems his cognitive impairment is the chief obstacle. Is it a SE from the ADT shots? Hard to tell but he does need to maintain castrate T level. So an orchiectomy would simplify things if he is able to give consent. Estradiol can help some with the cognitive effects of ADT as well as with other symptoms (0.10 mg/day patch changed every 2 to 4 days). Yea it is best to prioritize no more than three concerns, or categories of related symptoms, for the doctor to focus on. Also the time course of those symptoms. Did they start or worsen when there was some change in treatment? Are they continuous or intermittent? Worsening?

And some information about his daily functioning: activity and energy level, eating, self-care etc. , but summarized briefly! An appointment need not be long to be effective if it is efficient. But it must be adequate. Otherwise find another MO ( or urologist if he elects orchiectomy).

lss65 in reply to MateoBeach

This is helpful. Thank you. He had an appointment with his local MO and they focused on his neurological issues bc I thought hitting hard the cognitive/emotional with her was a bridge too far. Has an upcoming appointment with specialist, and I am going to use your post as a guide to, as gently as possible, detail the cognitive/emotional problems without sending my guy into a complete spin. But it is critical to get the information I have been observing to the specialist. This is going to be tricky. There is always the underlying terror of a brain metastasis and then he shoots into denial mode if I go near anything that might end up in that range.

During the 10 minutes, you (and your scribe) should start humming the theme from Jeopardy (over and over).

Sorry for too many questions

Our Appointment With Paul's Oncologist

Hi everyone. So yesterday we had the appointment with the oncologist here in Dublin. And, while we...

Any ideas on how to find local oncologist to implement Dr Scholz' treatment plan?

Dr Snuffy Meyer's former patients (as many of you know, he's now retired) and am now a new patient...

When is Medical Oncologist Appropriate?

specialist. I am curious, is there a role for a Medical Oncologist at my stage of PC? Or is...

How many people are over 5 years in Stage 4 Prostate cancer?