We talk of Gene mapping back and forth in between posts, and many men here have been mapped or evaluated, either by the Guardian 360, or the Foundation One methods.

As many are aware there are a good many targeted drugs being used against identified Gene Mutations. Regardless if passed down in the family line or naturally occurring as per an individual that may have developed them.

The most famous today is Olaparib, originally developed and used against BRCA-1-2 for women's breast cancer---and now being used I believe still off label, for men with Pca, and also presenting the BRCA-1-2 mutations.

A recent Study out of Scandinavia evaluated men who were Gene mapped, and had identified Gene Mutations, against men who were not Gene Mapped, but very likely to have Gene Mutations. The Mapped Men, were treated with Targeted Immunology drugs specifically chosen for use against their mutations. The Unmapped Men were given best guess Immunology Drugs, against their suspected unknown Mutations.

All men were castrate resistant and metastatic. TTF[Time to Failure], for the treatment was the end point result looked for. The results were that the TTF was 2 times longer for the men who were Gene Mapped, and had Targeted Drugs chosen specifically against their Gene Mutations, over the men who received best guess targeted drugs against suspected Gene mutations.

[Bottom Line is obvious: lets Get Gene Mapped]. I was Gene mapped within 60 days of my Initial RP. There are as I reported earlier, approximately world-wide 290 drugs in trials, and another approximately 2,900 in lab tests as to; In Vitro, and in Vivo, with small lab mammals. There is an Immunology Drug development revolution in progress. 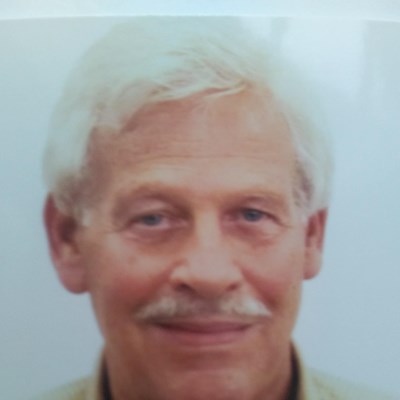 Nalakrats
To view profiles and participate in discussions please or .
Read more about...
13 Replies
•

I agree. I have signed up for the STRATA study which will gene map all of the participants - all 100,000. This is the therapy of the future. It targets just the cancer cell Get with it!

So true! We were finally gene mapped after 2+ years of treatments and it turns out my husband is BRCA2 which is a difficult one to fight without PARP inhibitors. They are not accessible by our insurance because he doesn’t have “ovarian or breast cancer”. ($15k/mo no insurance)

We are currently having some success by an Epigenetic specialist but it is expensive and also not covered by insurance.

Try calling the drug company that makes Lynparza (olaparib) or go to the website to see if you can get the med at reduced rate...it is worth a try... they have a financial assistance program

Thanks. We heard there is something called a compassionate plea. Our doctor also said that once we start this drug we can never stop it so waiting until last resort.

Indeed....there is compassionate plea....you will have to provide financials but my buddy did this for entresto for CHF and he got his medicine for $30 a month...Go to the website and see lynparza.com Merry Christmas

Hi Nal, may I ask what are the indications that one with pca should be gene mapped? I dont know if there’s one here in the phils but if there is it might be super expensive.

I do not know if any in the Phils, exist. I had no indication if I should have been Gene Mapped--but I did it to find out if I had any Mutations, as it was free under Medicare.---well I did--and at the time certain targeted drugs and trials were identified for me by Foundation One--on top of this it turned out to be familial--which means it was passed down--in back tracking--I did not know but found out my Mother's Sister had the Genes, and Breast Cancer, my mother did not have hers activate but could pass them down, to her 2 sons--thus my Brother and I both got Pca, in further back tracking My mothers Father died in 1928 from cancer. So this Beast and the mutations go way back---and then we were able to have all of the siblings--gene mapped, and we know who might get Pca or Breast Cancer.

So you can e-mail Foundation One or Call them and find out if they can do analysis from overseas--I have no Idea--but I know what drugs may be in my future, and when new ones come about--they get added to my possibility list, by foundation One.

Thanks Nal for your usual help and yes will try to get in touch with Foundation One.

After I had my recent robotic prostatectomy one month ago, I asked my surgeon to send a tissue sample to Foundation Medicine for gene mapping. When I had my biopsy back in June 2018, 2 separate samples had been sent to Foundation but there wasn't enough for them to perform their test. So I believed that by now having a good size sample they would successfully do their 400 +/-gene mapping.

Surgeon told me I didn't need to bother since CINJ, where I am a SIMCAP trial participant, will be mapping every one of my genes for determining future treatments options.

I have had 4 Guardant360 liquid biopsies and you can see the change in genetic defects over time. One biopsy revealed the ATM defect, which permitted Snuffy Myers to prescribe Lynparza, a PARP inhibitor, which worked for 9 months.

Nalakrats in reply to vandy69

I am an ex-resident on Wesley Rd. in Buckhead--had homes there and the mountains of N.C. Finally chose the Mountains and got out of the big city---walking to all the fun places in Buckhead, and a mile from Piedmont Hospital was great when younger. At 75 years old, the peace of the mountains is more Important---hated to give up the Buckhead home--that was registered by the National Historical Society.

Best wishes for the Holidays--others here from the city have invited a get together of Atlanta residents-and ask I drive down. Maybe next year--right now getting ready to go to my Fla. Hangout for the Winter--to fish, and sun.

Hi Nal, i agree with everything you say here, but in some (many?) cases is important to also get somatic DNA testing.

I had a full DNA test last year (germline DNA) as pre-screening for a clinical trial for AKT inhibitors. Only 2 anomalies were identified and neither are associated with cancer so I didn't qualify for trial.

But after chemo and enzalutamide both failed to stop disease progression, I was finally offered somatic DNA tetsing as part of a clinical trial for PARP inhibitors. Not surprising given failure of every conventional treatment it was found that somatic DNA lacks BRCA2 genes. Not mutated, jut missing. So I started niraparib, a newer and supposedly more powerful inhibitor, 5 weeks ago. I will have full suite of scans after 8 weeks to determine if it is slowing disease progression.

So you are on the money. We are all individuals and our cancers are all unique to ourselves. What works for one person doesn't necessarily work for others. Most men get some relief from ADT, I had less that 3 months before castrate resistance set in. Most men get some benefit from enzalutamide I got none, not a single day. On the other hand I had a good response to docetaxal - PSA declined by 95% before chemo resistance was reached while some men get no benefit. Our treatments need to be tailored to us as individuals, the paradigm of surgery followed by salvage radiation followed by ADT followed by chemo has got to change. Sadly the main cancer hospitals in Australia are too conservative to step outside the current 'gold standard' treatment and clinical trials are the only way to go if you need something more.

Nalakrats in reply to Hazard

Welcome aboard the train where there are some passengers.

Can Keytruda Be Effective For Those With PCA, having the Gene Mutation PTEN

these drugs and at the same time predict the possible use of Keytruda, against the PTEN mutation,...

progress. I suspect many on this site do not know, their mutations, and have never been Gene...

Oliparib without the BRCA gene

Oliparib . However since he does not have the BRCA gene we are worried that it will be another...

determined that he did not have any Germline mutations, although many in his family are BRCA2...

Testing of Imported Drugs and Phytochemicals

these countries, there are also many unscrupulous ones and counterfeit drugs as well. The only way...