Does anyone else have weird habits? - CHADD's Adult ADH...

I don't know if its just me, but i tend to repeat my-self after each sentence to make sure that did actually say it instead of just thinking it. Sometimes I also do many little things to avoid something important (even when it's easy) but i do it subconsciously. 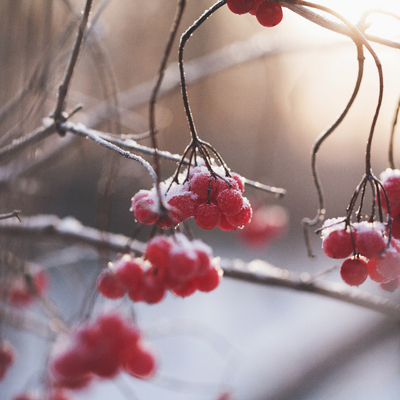 smadandhangry
To view profiles and participate in discussions please or .
7 Replies
•

When I was younger and before my diagnosis, I did something similar. Id repeat a series of numbers before and after engaging with people or changing tasks and it was sometimes auditory and sometimes just in my head. I broke myself of the habit. I realized that I was using it as a crutch to focus but it started to get out of hand.

I can kind of relate to repeating yourself. Not necessarily a habit but, I tend to repeat something that I have said during the conversation and would not be needed to be said again just to get my point across. Basically ranting lol. I feel like I cannot control myself when I am in a conversation that I have a lot to say about. My parents have said that sometimes they get really tired of listening to me talk cause it always ends up lasting forever.

I was just diagnosed with adhd and high functioning autism a few months ago. (I’m 45) after not knowing what either of the conditions were, I’ve been reading a ton about both of the diagnosis. Have you ever read about high functioning autism? I knew nothing about it, but it filled in all the little gaps about my quirks that fit nowhere else. Repetition and patterns are symptoms, and sometimes the two conditions overlap so much I can’t tell what’s what. To be honest, the diagnoses have been game changers!

You aren't alone in this. I do it too. It can be connected to a subtle kind of self-doubt - something we commonly experience with ADHD. Perhaps we also have a history of speaking too fast and being misunderstood - or speaking impulsively and being misunderstood. That's going to lead to a little bit of subconcious worry about whether or not you are being clear.

Another possibility: You could be subconsciously trying to slow down your rate of speech (or racing thoughts) to conform to the rhythms and speed of speaking of "normal" people.

Either way, you can train this out of yourself (or diminish it). If you do this during public speaking, try practicing at home out loud in front of a mirror. While you do so, focus on speaking deliberately and try to pay attention to each word you say. If you are on meds, practice while the meds are active.

If it happens in a social situation, I suppose you could try the practice method too, but perhaps rehearse things like taking pauses between thoughts and interjecting questions like "Am I making sense to you?" "Maybe I wasn't clear in the way I said that." If you can train yourself to use those interjections in conversations, over time, they will provide people you are chatting with to respond and confirm that they do indeed understand you - and that would be confidence boosting.

I count things. Mostly steps and time, like when I’m cooking and need to stir something for one minute. I’m almost as accurate as a timer when it comes to seconds. 😁

I used to live in a house with stairs that had a landing midway. I always counted as I went up or down so I wouldn’t get distracted, miss one, and fall. That was before I was diagnosed. I just thought I was weird. 😉

This is interesting. My son hasn't been diagnosed at all, but in conversation (if you're really paying attention), you can see him mouthing the words he had just said. He doesn't repeat out loud, just with his lips. And he knows he does it. He's done it for years. When he was young I asked the pediatrician about it and she said he'd grow out of it by age 6 or 7. He's 13 now and still does it regularly.

Does anyone else have trouble getting up every morning?

don’t think I can remember one day in my life where I couldn’t wait to get out of bed. I think the...

Does anyone else experience this?

when I don't expect it when my ADHD is worse. I say things that come across as mean but I just say...

What funny habits do you have because of ADHD?

As someone newly diagnosed, it's been odd to...

Does anyone else feel like they fail in Adulting?

mom/wife duties around the house like organizing and making dinners at home?

Does anyone else feel like their symptoms are getting worse and more \"textbook\" with age?

my symptoms just keep getting worse with time no matter what counseling/medication/self-work I have...