Pretty sure my husband has ADHD - CHADD's Adult ADH...

Hello, I am a wife nearly at wits end with my husband. I'm not a doctor, but I recently did some research after seeing a Facebook post about ADHD and thinking, wow, I think my husband has this! He is very unorganized, messy, leaves stuff around the house without putting it away, but won't let me touch it because I put it away "wrong". He had little to no patience for ANYTHING. I'm very surprised he hasn't gotten into more car accidents. He is horrible at communicating, especially feelings. Very controlling, like to be in control at all times. He gets very hyper focused on something he will literally be on his phone for hours, ignoring everything and everyone. He has trouble sleeping. He has anger outbursts regularly (a lot of times I get hurt, never physically, but emotionally). When he has these outbursts, he rarely apologizes. He knows he's doing it, but he cannot control it and he blames his father because he was the same. Everything and everyone has to be perfect in his mind, if it's not then he gets angry. If he gets even a tiny spot or stain on his clothing he goes crazy over it. If something is not done his way, then it's not the right way. My son and I are constantly walking on egg shells around him because we never know if what we say will make him angry or not. He is constantly having negative feelings and holding on to tall the negative stuff that has happened, but never sees the positive stuff. He makes everything negative.

So, my question is, how can I help him? He is very against taking medications, he already has to take one for high blood pressure and hates it. I am almost afraid to say anything to him because he will get angry. How do I bring it up? I really want this marriage to work, but I'm about at my wits end with him. I feel like anything I say or do is never good enough for him, and all the constant put downs and anger outbursts is really taking a toll on my self esteem. I want to help, but I don't know how or what do say or do without him having an outburst at me. He's just going to take it as another negative and blame me, as always. Everything is my fault. HELP! 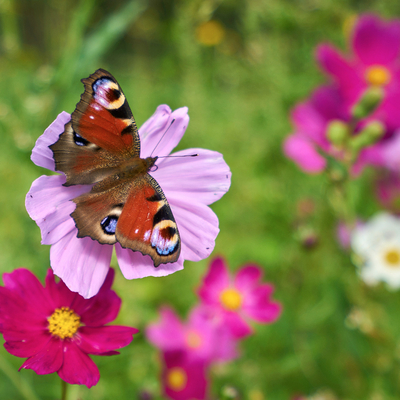 Purplegreentrees
To view profiles and participate in discussions please or .
5 Replies
•

When my husband was having issues with depression he agreed for us to see a couples therapist. The therapist then said: work on your own issues individually in therapy then if you still have issues come back. He needed to hear it from a therapist and not me - his wife. Think he'd be up for it? Try to find someone who knows about ADHD.

I’m so sorry you’re dealing with someone who’s basically abusive even if he doesn’t intend to be. That walking on eggshells feeling is horrible. And I’m sure you realize it’s harming your son and his mental health during his development. I’d be at the Come to Jesus moment by now, frankly, because that is not okay.

So I think your husband has more than ADHD going on. Some things that come to mind are anxiety, depression, and trauma/PTSD. At minimum DH has an anger management problem and needs to learn some skills. And how to communicate respectfully.

People can have ADHD, be impulsive or reactive, but still see - or learn- that they’ve hurt you and try to change.

Does your DH recognize the damage and feel concern over your feelings? Is he willing to take feedback? To go to family or individual therapy?

None of this makes it okay for him to make his wife and child afraid in their own home. It does not matter at all what causes this or how his dad was.

Practically speaking, do you have your own therapist? It will help immensely to have someone walk with you as you learn how to hold the line, how to respond without giving in, and how to process this stuff.

He sounds EXACTLY like my dad which is who i get my adhd from, tho he’s never been diagnosed. My dad was abused growing up, and while he certainly had abusive moments, I wouldn’t say he was abusive. As for your husband, I agree there’s more going on here. My adhd makes me desperately need to control everything in my life as much as possible. I get stupid angry with my kids bc they don’t do things the way i need them done to function. And when I can’t function, i get overwhelmed and angry. Still I can recognize how wrong i was and do what i can to make it right. Even in the moment now, i’ve learned to control the internal rage to an extent. Bc regardless of the ‘why,’ it’s flat out not ok to rage at my family or even to let enough of it ooze out that i make them feel ‘less than’ for putting the dishes away in bizarre places (my son has adhd too 😉🤦🏼‍♀️). It really does sound like there is some trauma involved for your hubby - definitely depression/anxiety, which often go hand in hand with adhd. From what i understand of trauma and my life long experience with depression, you feel so terrible about yourself, it’s hard to accept anything external telling you you’re terrible on top of it. But again, regardless of why, it’s not ok to treat ppl that way. So what can you do? You can love him with healthy boundaries in place. In fact boundaries can show more love than not having them. None of us can tell you what your boundaries should be. Decide what they are and stick to them. ‘When he behaves this way, i will respond with…’ This is the only way i’ve found to teach manipulators that i love not to manipulate me - to plan and control my responses so well as to not allow them to control my emotions. And have a very loving but frank conversation with him. “I don’t think you’re a bad person. I love you very much. Still it’s not ok to treat us this way. You can continue to behave this way and choose to not get the help you need, but i WILL NOT continue to be around for it or subject my son to it.” Have it already decided what that looks like. Maybe he needs to know what that will look like, maybe he doesn’t. But decide your limits with their appropriate responses and stick to them. Also, get counseling for yourself and maybe your son to help keep these destructive behaviors from destroying your self esteem. As for your son: the feedback he gets from you can make all the difference. Let him know, with your words and/or boundaries that dad’s behavior is not ok, but we’re working on it. If he understands that, he can understand that its not his fault. You can do that without undermining dad’s authority, but it will take practice for your son to recognize the difference. Counseling can help you there. But always be teaching him what behaviors are ok and which ones are not. Stick up for him. He can understand that even tho dad can’t show his love, you at least love him enough to protect him appropriately. Our kids need us to be more upfront with them about mental health. Bc our collective mental health problems ARE NOT going away. We have to equip them with all. the. tools to cope. In those ways, he’ll know he is lovable and loved. And thats what kids need most from their parents.

Hello PurpleGreenTrees,I meant to add that I value your commitment to your marriage, and it’s not an impossible situation by any means (and we are not doctors of course). You know your husband, and if he is willing to deal with his stuff, much is possible!

On a lighter practical note, there is a respected blog about ADHD in relationships by Melissa Orlov and Ned Hallowell:

part of his condition but other times the anxiety takes over.

I really want to be there for him...

He has OCD about certain things.

With information such as letters, emails etc it takes him a few

Does my partner have ADHD?

turn and say whatever comes to mind. When I draw his attention to this afterwards, he says that he...

before we met. Now, i am getting the after effect of it all because he gets aggressive quickly and...

big dreams but no situation or degree because I failed everything I attempted. I think what kills...