My 15 years old sun has been taking Concerta 18mg for a year but was told from another doctor that Guanfacine could be a good replacement since Concerta has been causing him aggression and mood swings lately. I'd love to hear any advice or insights on taking guanfacine. Thank you so much ! 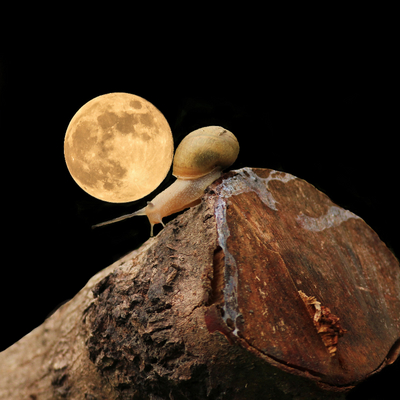 kaoso
To view profiles and participate in discussions please or .
Read more about...
12 Replies
•

Our son started with a stimulant and that helped decrease impulsive behavior. But as soon as we added Guanfacine it was magic. He could focus and was able to control his mood.

We know he could not do one without the other.

He takes Guanfacine at bed time and in the AM. It has made such a big difference for him.

You could always try it to see if he is successful with it. If not he can stop taking it.

Hope you find what helps!

Same. End of day when concerta wears off got pretty aggressive. Guanfacine smoothed out the transition. We love it. Took a couple weeks to be fully effective

We have a 16 year old who has been on Guanfacine for 2 years now. Prescribed because they have anxiety too. It has been very helpful and has not contributed to more anxiety. Good luck.

My son (age 12) takes both. The Concerta has helped with overall ADHD related behaviors. We added the Guanfacine for added help with the impulsiveness. He takes both in the morning before school. The combination has worked well for him but I know getting the right mix is a very individual thing to figure out in consultation with your doctor. Best of luck to you and your family.

Same here, guanfacine really helped impulse control. It has helped so much that we can have stimulant holidays on the weekends and during school breaks without too much ado. My son was getting some stimulant tolerance. The only negative about Guanfecine for us is that it is a cousin to clonidine. These types of medicines are somewhat sedating and we found that it definitely causes our son some sedation. We give it at bedtime and had to have him take the smallest dose possible for him not to get too tired. Also he does much better with the long acting formulation as opposed to the short acting..

Yes we use Guanfacine, 2mg per day. Has helped lessen the extremity of his emotional reactions. Still has bigger reactions than most kids- but he recovers quicker. Too much Guanfacine will cause sleepiness and too much drowsiness. The right dosage won't do this. Good luck to you!

Another +1 for Guanfacine. Complete change at night with my son. It was almost a nightly struggle with him, but for the last month he has only had 1 bad night.

Both my grandsons are on that in addition to Wellbutrin for one and Strattera for the other. Not perfect because we've had other Med changes but it sure was a great addition

My 8 yr old takes it in the afternoon to help when his Vyvanse wears off. Helps..

My 8 yo daughter started Guanfacine after Ritalin and Adderall produced pretty bad nail-biting. I thought that her ADHD was not being well managed and we took her off to transition to Vyvance. HOLY COW!!! Disaster! The guanfacine was clearly helping her a great deal. She is back on and her impulsivity and outbursts are reducing again. Can I just say this "figure out what meds work" game we have to play is rotten, heartbreaking and exhausting for parents and kids.

Auggie123 in reply to 2Gatos

Yes the medication trial and error process is brutal... such a necessary part of figuring it out...but so hard to go through as a parent and a child!

My son is 8 and has been on Guanfacine for 3 years. No side effects (we lowered dose to the absolute minimum because anything higher made him too tired) and it does a great deal to improve his impulse control.

Just starting my 4 yr old on guanfacine and I’m wondering what, if any, are y’all’s experiences with

14 year old hates his Vyvanse. He started off well with it, but lately he says that it makes him...

My son has been on guanfacine 1mg once daily since July. Are there any blood tests any one on here...

board. My son (6) has a very recent diagnosis of ADHD and his doctor prescribed him half a small...

medication. My son takes Focalin XR and guanfacine at night because it helps him slow down....