I just joined in as I am a parent of a 17 yr old who has AADHD. This is an already challenging phase for teenagers but for our kids with ADHD it can be 10x the challenge. My son has been struggling with school all his life, their teaching methods do not fit his needs and it is very challenging. His motivation is down to zero and I'm running out of ideas to support him and I am feeling exhausted being his conscience, reminder, and repeating daily on what is required of him... Any suggestion on improving motivation without being a nagging parent would be great 😅 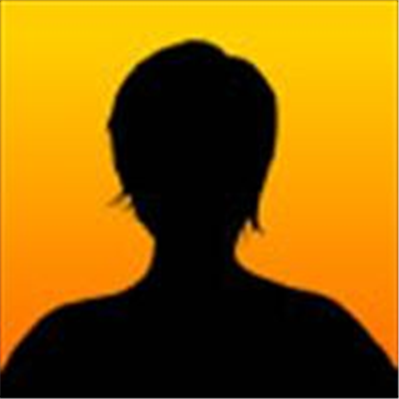 Camila2022
To view profiles and participate in discussions please or .
6 Replies
•

Thanks for the message.

Just curious what tools ( educational plan, thearpy, medication, exercise, etc..) you are providing him to help.

We can help much more if we know what has been tried.

Thanks again for posting. Hope we can help you as we share what has worked for us.

Have you tried an accountability approach? If he doesn't do the things he should, there are consequences. If he does, there are positive consequences/rewards. Help him understand what the positive outcome is if he does what he's supposed to. Maybe he needs to be shown a different way of doing things so that they're less daunting or draining. Make things exciting.

For instance, my household management isn't great, things have to get to a messy state before I do anything, but I enjoy creating calm out of chaos, but not keeping things tidy. A happy medium is to just put on some music I really like and power through, then it's not a chore, it's just something I'm doing while I'm doing something else that I really enjoy and makes me happy (music). Also, doing things with him would help, it's difficult for ADDers to get started and get going, but I find it easier to keep going if I have company.

Hi you are not alone. I’m in the same boat and I feel at times the boat is sinking! My son has a 504 plan which gives him extra support and guidance. Does your son have a school 504 or IEP? If not, highly recommend. My son is just lazy and will not do assignments. He’s capable but does enough to get a B average which is the lowest we told him we expect. Does your son tell you why he’s struggling?

Last year my son was motivated but not this year. I have a young male therapist working with him on a weekly basis. This helps having a neutral party advise him of what he should do vs. his parents. The therapist has helped to encourage him to apply for a summer job and has started talking to him about what he wants to do after high school. My son is at least now open to going to the local community college. We are happy about this and knew a big college would not be an option nor do I want to pay the $$$ given his challenges and not being motivated.

We also hold him accountable with chores and grades. If he doesn’t meet the goals or do chores. car and phone privileges are suspended.

This age is really hard and definitely test your patience so make sure you take time out for yourself.

Hi Camila! Welcome to the CHADD board. I also have a 17 year old son with ADHD who used to remind me of what you described. I will tell you that the best thing you can do is what epetzer suggested: make him accountable for what is reasonably expected, and reward him appropriately when he does it.

Our son was unmotivated but sure loved video games and playing on his phone. When the prospect of having the wifi shut down was given to him, he realized he needed to change some of his habits. Then he discovered driving and learned to love driving. We absolutely made it clear that if his grades weren't good then he wouldn't have access to a car. Bottom line: We worked with our son to lay out what it is he liked and wanted, then we laid out what we thought he was capable of doing in school and out of school. We agreed to a plan, and we had to stick to it. There were weekends where he did not have wifi or car keys. There were many times he yelled at us, but we didn't yell back. We let the consequences speak for themselves. I am proud to tell you that our son has made honor roll four straight quarters and not only has earned full-time driving privileges, but we even pay for his gas twice a month.

We also pushed our son to get a job. Once he got a taste of earning money and being able to spend it however he wanted, he relentlessly worked every chance he could at a job he likes. We did tell him if his grades stunk, the job would have to go. So far he's kept it up.

I hear you! My son scraped by all through school, doing the bare minimum. It hasn’t been until college that he has realized that the buck stops with him.

You said: His motivation is down to zero and I'm running out of ideas to support him…

I’ll assume he is on medication. Is he failing school or passing? If he’s passing then he’s making it. ——Maybe not to the level he is capable of but isn’t that what adhd is? Fully capable kids who are held back by adhd to varying degrees? If he’s failing then you have to do whatever you need to do to push him through. Tutors, IEP, executive function support (by you or another person), switching to a more supportive school environment. I’m switching my 16yo daughter to an online school for her senior year to get her through because the pace is too fast at her current school, and I will act as her executive function coach. I “get” the motivation thing.

You said: [I am] feeling exhausted being his conscience, reminder, and repeating daily on what is required of him

Try telling him to do something and then give him the opportunity to do it. Easier said than done! Many times our anxiety as parents creeps in and manifests as nagging because we can’t bear to see the consequences creeping up. My son’s adhd has ebbs and flows of productivity and stalling out - even in college. If there is something he needs to do, I tell him about it and then make a note on my calendar to circle back around to him in a few days/hours (whatever is appropriate based on what it is). When the time comes for me to circle back around to him, I ask if he has had a chance to do X or if he is stuck and needs some help.

I have found that nagging causes paralysis. The simple sentence above is like magic. It’s non judgmental and helps them avoid shame. Trust me, he already knows what he should have done. That sentence is a lifeline for a non-judgmental second chance. Success is a motivator.

Sometimes it’s best to let natural consequences run their course, and at other times it’s best to step in in the 11th hour and ask how you can help (with large, inflexible things like registration dates, hw deadlines, etc).

During that waiting period, before I circle back, I will often privately organize what will need to need to be done - just in case he hasn’t taken action. This behind the scenes “prep” alleviates my anxiety about his procrastination and gives him the opportunity for him to practice responsibility and accountability. And teaching our kids about responsibility and accountability is what we as parents are responsible for teaching.

I am here to say that you will find your jam. Evaluate where you are, where you want to be, and the best way to get there, taking into account teachable moments. 👍🏻

Yes Moma I know exactly what you mean. I have the same teenager. We have tried all the tools listed and I am still at my witts end. I keep praying he will finish school. He doesn't care. I have to agree motivation is your greatest asset with any kid. I take my son's phone and car keys away and then I have to endure the Mom, Mom, Mom,. MOm, Mom etc. Why can't I have them back. Deep Breathing helps me. It's a cycle of struggle but I have to remind myself I am so grateful to be given this role. I pray I can serve in it well. I fail so miserably at times. We will shall continue to rise to the occasion. Some day I will not have to say Why did you not turn in your work???

We’re utterly exhausted trying to stay one step ahead of him. I’m going to look into having him see...

year old son with ADHD. He has a 504 plan but it really doesn't mean much. We also just had him...

new here! My son was diagnosed just this year, after a few years of struggling w/school. Most...

10 yr old with ADHD and ODD

Heather and I just joined this group tonight. My daughter was diagnosed in 2010 with ADHD and ODD,...

turning in work or \\"trying\\" his teachers say. They are all frustrated with him. He's extremely...