Question on socializing: How can i help... - CHADD's ADHD Pare...

How can i help my adhd boy to make friends 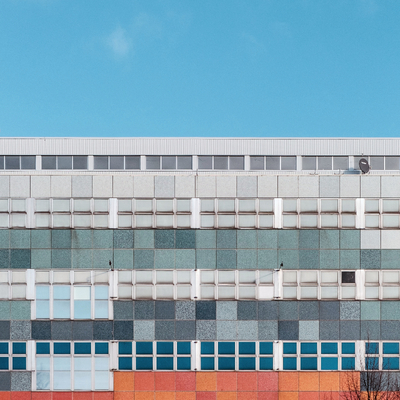 Kokofem1968
To view profiles and participate in discussions please or .
7 Replies
•

I’ve had this situation in my own life with my son. I tried encouraging him when out around other kids whenever we’re around where other kids might be, rather than being on his phone. I have also tried coaching him a little on how to start and maintain a conversation and get to know more people than just his family. He’s not really gotten a lot of results, but he’s in middle school and he’s made one good friend whom he truly cares about and he values his friendship with him. I wouldn’t worry too much about socializing, but more about do they know how to know people and build strong relationships with even just one person. With Covid social functions are limited, so that’s a big hurdle to overcome outside of your son’s apprehension to interacting with others. I hope that helps.

I’m not sure what age your son is, but I would get the school involved if they have a social worker and/or speech pathologist who can work on social skills. If it is possible, you can look for those types of services outside of school as well.

Also, look up the ADHD Dude on YouTube and he has a pay for membership website. On YouTube, he has videos for kids and for parents. They are helpful to understand the challenges and give strategies to improve social skills.

We are struggling with this right now as well. My kiddo is 6 years old. He is recently wanting to make friends. The boys his age in our neighborhood are unfortunately not very kind. They want to use all his cool toys but will not let him play along. Its heartbreaking to watch as I see the gap maturity wise between the boys. My son is very sweet and kind with a great imagination and these boys are already to cool for sword fights/more sport minded. I have really been working on perspective taking skills (ADHD Dude) and also trying to get him to understand what a good friend is and that these boys are not it. We have tried play dates with other kiddos who need some social skills practice but they always end up on opposite sides of the playground 🤦 I am hoping with time he can find a buddy who gets him anf vice versa.

Hi Koko, find a local gymnasium and ask them if they have a special-education -teacher-led social group. There are 2 of those in my area. We call it “social club” and it’s made up of like 6 kids. Key is he has to love going to that gym to play. The skills building will then seem secondary and will thus come naturally.

I have a 14-year-old who has struggled with this for years. I don't have much to offer in the way of suggestions, but I am here to offer support. It's very painful to watch our children go through this, and my hope is that it gets easier as they mature. A therapist recently suggested that I help my son participate as much as possible in activities that support his interests because there he will meet boys who share his interests and then conversation will be easier.

Same advice here. Getting him involved in group activities or games he already enjoys is the best path. My son struggled as well but eventually took up an interest in Magic the Gathering (card based game) as he got into his pre-teens and it was there he was able to form friendships. He found his people. Basically a bunch of nerds/geeks and proud of it.

Now he's at college and struggling again. I've tried to push him to join clubs at the school that would attract the same geeky types, but so far he refuses. I worry about him sitting alone in his dorm room most the the time when not in class.

I think the OP had good ideas. I would recommend seeking out activities at the library where he might have the opportunity to interact with other kids. If he needs guidance on social interaction and behaviors, I would engage with him in the moment like when two boys are wanting to play with the same toy. I think it's easier if it's just your child and another child instead of a bunch of kids. Have you considered asking around the neighborhood about other kids and maybe some common interest they could share. If you know someone with a child with positive social skills, maybe they could play together. I bought my son a bike. He rides around the neighborhood and meets others that way. Some kids click, some don't. Finding a church and letting your child attend sunday school will expose him to more kids. He could make new friends there as well. I know it's hard when you want everything to be easy for our kids, but sometimes you just have to let them find their way.

Of my 4 kids, he has fairly thin skin. Kids/friends make comments… most of the time as a joke but he

the only one experiencing these concerns? How can I help him curb the awkward behavior?

daughter and my son (7 & 4yrs old). We highly suspect ADHD for both of them, but I am curious what...

and have a question regarding 504s. My son is 15 (ADHD, LD) and the school district determined him...

BEFORE giving a letter requesting a eval, that it can mess everything up. Maybe I heard wrong?...