It’s so hard to watch. My son was diagnosed with ADHD when he was around 6. He’s 11 now. He’s always had an easy time making friends but as he’s aged, he’s gotten worse at keeping friends. In the two years since moving to our new neighborhood he’s gone from being popular to nobody wanting to play with him anymore. Kids without ADHD don’t understand his insensitive behaviors, impulsivity, bossiness when his medication wears off. What’s worse, my son doesn’t understand why he’s lost friends. He has no memory of his poor treatment of friends, but I’ve observed it. I’m sad for him. I wish there was more I could do to protect him from himself. My hope is that he’ll develop more social intelligence as he grows up but I’m not feeling hopeful today. 😢 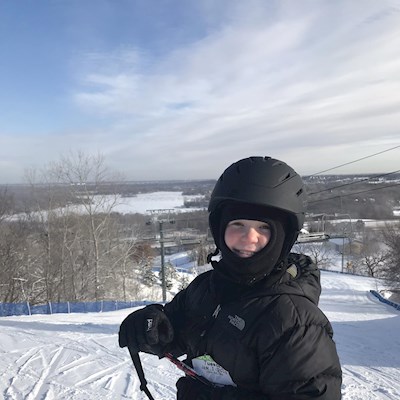 Mmagusin
To view profiles and participate in discussions please or .
9 Replies
•

I am so sorry. I can relate to this so much. My son is outgoing and funny and makes friends quickly but then alienates them

Oops. He so wants friends but recently told me that no one at recess will let him play with them. He doesn’t understand why. It breaks my heart and so far none of the therapies have helped with this. I have no answers-just empathy.

When you witness it do you talk to him about it? I talk to my so about it and try to explain why others might not like the behavior. Usually he has no idea, but he remembers it next time. And he knows to apologize even if he didn't mean it the way they took it.

Yes. That’s what’s frustrating. We’ve been correcting him his whole life in social situations but he struggles to self correct in those moments. We tried role playing situations to practice. The issue is he’s an extreme extrovert so he wears his emotions to the extremes. In fact, he can be more affectionate and caring than most boys. He’s the kid that takes the hurt kids to the nurse or goes to them when crying. I’ve seen him engage severely autistic gets and actually draw them out. He’s got unique gifts, but it comes with a curse. He flips to ‘Mr Hyde’ when he’s tired, hungry, and crashing from his medicine. We’ve decided that avoiding social situations at the witching hour is the best approach, but it’s impossible to completely avoid it. Anytime after 6pm is risky. We’re considering adding guanfacine to his treatment to see if this calms the demon. Anyway, it’s a journey. Friends that understand him and don’t take him too seriously are the best. He’s got one friend like that and that’s encouraging.

He sounds a lot like my son. His elementary school had something called friendship club with the school counselor that helped too. Also the school had a number of families with ADHD in his grade and we all were open with the other kids and their families about ADHD. So we basically developed a community that cuts them slack and still hold them accountable. We are considering moving and I fear exactly what you are saying, because new kids might not get his quirks. I wonder if joining an ADHD group therapy might help?? I know Kaiser has those maybe other medical groups too.

I’m sorry to hear that - my son is 7, and his social growth / friendships has always been my biggest concern.

Have you talked to the school psychologist? They may have some suggestions & interventions, as outside therapy isn’t typically terribly successful with ADHD (though it can help comorbidities and dealing with feelings.) With ADHD, the behavior training typically needs to happen where he is having the problem.

Is your child in any extra curricular activities that he enjoys? My son currently is in Cub Scouts, which he LOVES & it helps strengthen some relationships at school. And we are quite active with our extended family (cousins) and our church, which gives him some friends of varying ages that aren’t influenced by school dynamics.

Finally, like ScatteredMommy said, we primarily just discuss these things with my son when he’s calm, and follow up on things. It does seem to help.

All great advice! Yes he plays hockey, swims, baseball in summer, and shockingly, chess! I think finding the right families is key. Unfortunately we left friends and family in our move out of state. We may go back in a year or so. Of course, the move itself was part of this dynamic

Yes - a move is always hard! And those tween / middle grade years can be very cliquey. (I remember my family almost had to move during that time of my life, and I was petrified of the social impact.) I don’t think anyone has fond memories of that time of their lives!

Have you built any family friends for you at your new location? I know with kids, we typically connect with the parents of our kid’s friends, but maybe going about it the other way around may work to find those more accepting families. If not through your own social interests & activities, then maybe through a local CHADD or other parent group.

Hopefully things should start settling in by high school through adulthood. And in the meantime, you may also need to be the best friend / after school buddy until he gets there. Praying for you both!

My son is ruining my second marriage

my husband has been in my son's life for 12. My son has always had issues adhd, epilepsy and odd....

situation but she thinks she’s going to marry him someday. He’s got another year of HS but she is...

difficult socially for him. He was diagnosed with ADHD (5th grade) though he’s somewhat of a...

My kids the one no one likes :(

and told him no one likes him. My heart sunk. No one his age relates to him. Some meds we’ve...

my son is 9yrs with ADHD. Some times he dose odd behaviour like shouting and blabbering, i...