Hello, I am new to this group. Looking for assistance on parenting a 9 yr old boy with adhd. My son has shown concerns since 2 years old. Very active and dangerous. Child development he would fight the teacher and kids in a very violent way. Slap them with lunch trays and punch the teachers in the stomach. I thought changing schools and environments would change things. We moved to Ohio with my father and things were the same. Came back to South Carolina and has. been dealing with IEPs, counseling, medications and behavior every since 2015 when he was finally diagnosed with ADHD. The only thing is I don't know how to deal with it. If I try to be understanding, people say I'm being too soft. If I try to discipline him for his actions, I'm being too hard. I have gotten to a point of confusion. Can someone help me on how to cope with the violent behavior and frustration? 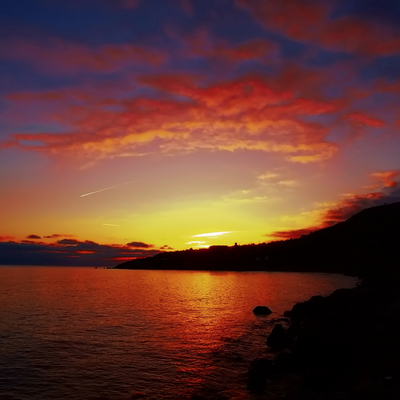 Mommyof3boyz
To view profiles and participate in discussions please or .
Read more about...
14 Replies
•

I understand you. First and foremost don't let others tell you how you should displine your child, unless they have a child with ADHD they'll never understand how difficult it is. I have an 8yr old w/ADHD and it's not easy. My best advice would be to never make him feel like he's a bad child but he makes some bad choices, set up a reward system and focus on his good behavior. Hang in there! This group is awesome and I'm sure you'll get some useful tips and support. ❤

Thank you. So ignore the negative behavior and reward the good behavior. Got it!

Well you can't ignore bad behavior but it's more important to focus on the good. Most kids with ADHD have self-esteem issues. I've noticed a big improvement when we started a reward chart. Good luck!

Lindsay3411 in reply to Tmullennax

Agree- if the bad behavior is dangerous you need to address, but you also need to pick your battles on the little stuff. I also use a token economy with my son and it definitely has helped him feel good about himself. Shines the light on good stuff!

I agree with Tmullennax that rewards systems work better than punishments. They do for me anyway. My 8 yr old son couldn't care less about punishments but goals and rewards seem to get his attention. I think my son has a lot of shame when he does something wrong but it comes out as anger. I feel it comes from the fact that he can't control his emotions well and knows it. Blaming him or making him feel bad about it just makes it worse. Positive reinforcement. And I know it's not always easy to do.

As far as the aggression though, see my post about food colorings. It seems to me that there are many triggers for kids when it comes to aggression. We found that artificial food coloring was a big one for my son. Good luck!

Thank you. I will check it out.

Thank you Doug! It seems to me you also have a great system going. I read your article on food coloring and found it very interesting. I'm one of those mom's who will try anything to make his life and mine less hectic. Thanks for sharing!

Not sure where Doug came from. Typo. Lol

Haha! No, that is my name. I probably said it in one of my posts. I'm happy to share any of my wins and fails on here. I assume that that is the point. It helps us feel not so alone in our battles and hopefully sparks some new ideas as well. I think there are a lot of similarities of kids with ADHD but they also can have variations and different triggers. That is why I am always looking for new insights. Good luck to you!

I have major problems with one of my grandsons anger issues. Some medications have also cause both boys to get violently angry.

What medication is he on? We are also going to Behavioral Counseling to learn ways to deal with anger

My son use to be the same way, he would spit, kick, hit, cry, run away from the teachers , very disruptive . It was his way of communicating, because his speech is delayed and doesnt know how to communicate, he has been in speech therapy for quite sometime. He has been dignose with high functioning Autism. When he doesn't know how to communicate his thoughts/ emotions , then he becomes emotional and gets out of control.

So sorry you and your son have been struggling for so long with this. I know it’s exhausting, frustrating and very worrying.

Are you working with an experienced child psychiatrist or, if not available, a psychologist? Don’t waste time with anything else.

Please consider that your son may have generalized anxiety in addition to ADHD. I learned this from my 9 yr old’s psychiatrist: children’s anxiety can look quite different than adults’ anxiety. For my sporty athletic son, this looked like a lot of physical craziness or “episodes” as we called them.

The episodes usually started slowly ramping up from 5pm (never at school) and by bedtime he was in full freaking out mode. It would last for hours with both my husband and I trying to calm him down. It would typically involve out of control running around and tormenting the dog or sibling, damaging on purpose objects in our home including his own favorite toys, never stopping his actions when asked/pleaded/demanded, lying and stealing food, hiding from us. doing dangerous things like jumping from the 2nd floor deck onto a nearby tree and similar, trying to run away out the front door and down the street, physically hitting and slapping me (his mother, I received by far the most abuse from him...and am also coincidentally the parent he’s closest to emotionally) when I try to stop and restrain him (basically by sitting on him laid out on his low bed and holding down his arms and legs), injuring himself on purpose, trying to wrestle out of the wrestling hold his father has had to place him to restrain him, and more. Leaving out the worst details.

You can see how his ADHD behavior is all wrapped up with the anxiety. It makes the ADHD even more out of control. Rather than hurt others, besides me anyway, he would turn all his anger on himself. He’s an outgoing extrovert and natural athlete playing all the sports.

In contrast we were used to what anxiety looked like for our older introverted non-athletic child who also has ADHD and generalized anxiety. That child would crumple in a ball, weep, and have panic attacks. We didn’t recognize our son’s angry and physical anxiety as anxiety. We just thought it was super hyper ADHD that had gotten worse and more intense since he’d turned 7. We didn’t think anxiety looked like that.

Finally we just couldn’t take it anymore and search for months to find help. Most professionals didn’t see 8 yr olds or didn’t have any openings. We had two MH counselors we met with briefly. One was just an emergency consult without our son, and the other didn’t work because our son just didn’t feel comfortable with her. Both suggested generalized anxiety as a possibility in addition to ADHD. Then we found a specialized child psychiatrist who bonded with our son immediately. He treated him first for the anxiety, and when that was under control with meds and weekly therapy appointments with him, then started on ADHD a few months later. Yes he was 4x more expensive than the MH counselors, and of course not in network for our insurance, but his knowledge and prescribing experience made a world of difference.

It’s been about 9 months now and we still meet with the psychiatrist every 2-4 wks for therapy and continue to tweak the meds . I’m not saying that we don’t have any episodes, but they’re infrequent now and when we do (like tonight, sigh), they’re much smaller, don’t last as long and aren’t as dramatic.

My tip to share: always tell them how much you love them, forever and always, no matter what. Daily if possible. You want to build that solid foundation between you two so he’ll always know he can lean on you when things get tough. You’re his rock, his foundation, until he can manage it himself. He hears No, Stop, Don’t from you all the time when he’s out of control. He needs to hear that you love and accept him maybe even more. How can he love and accept himself if his own mother doesn’t seem to? I say it every few days, using the same wording, to really engrain the thought into his mind.

One tip I learned from Onthemove1971 recently was a podcast by Penny Williams for ADHD parenting. Punishment is the topic of one of the episodes. (Thanks Onthemove1971!)

Children need to be told l am here to protect you. YOU are safe here in this house. ADHD children are being hurt by someone from my experiences. Check for sexual assault, over the top physical discipline. Stop whoever is belting children. Not always possible and as a mother do not protect a violent husband or partner the child will take it out on you. This is my experience but l am not saying everyone with a child with ADHD this is it. But a child under 4 damaged you may not know a friend has abused your child if nit you.

has been so helpful. My son was diagnosed with ADHD just last month and now that I am reading more...

New to the group. 7 year old son with ADHD

hoping this helps me. My son was diagnosed with ADHD and mood disorder. I am new to all of this. As...

with behavior in school but when he is home or with me or my husband around he has no behavioral...