A few times in the past I said my grandson had a few friends.

It's us mostly true, today I reminded if the cruelty if kids or in particular one kid and he can change the rules if engagement with just a few words. Grandson can be outside play when the boy next doesnt want to pkay him, so he gas the magnetic personality to have all thw kids go to house where he tells my grandson can come over here, i dint want yiu here. I noticed not one kid would stand up and say if he can't be here then I shouldn't be here either.

Grandson all a few friends playing baseball with him, everybody was happy, until the neighbor comes out and tries to get my grandson and the kid to fight.

We had such a peaceful winter, now it's summer all the school will be out for summer break and here the problems begins. They will friends some days and fighting the next. My daughter and I will get upset and call him into the house because we're upset that we can't tell this little boy to leave Marqi alone. A reminder of summers past.

We try to keep him busy with activities everyday, but there are some days when we just want to sit at home watch him ride his bike or skateboard.

How do get the kids to understand that all Marqi really wants to play, just play. My daughter thinks that the neighbor boy is jealous of Marqi because he's really good at riding his bike, skateboarding, bouncing a basketball. I don't think that's the problem, the two boys are nearly 2 years apart age wise but the other boy is much older in his head.

What are we doing wrong or where did we go wrong? One minute we tell him to fight back, use his training to defind himself and in another we're bringing him in because we know he's fighting a losing battle by not telling Marqi how to stand up to his bully! 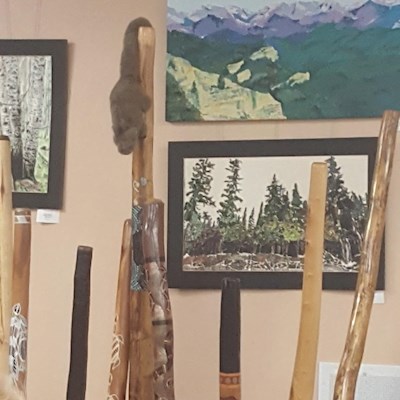 Grandma01
To view profiles and participate in discussions please or .
11 Replies
•

I can understand your frustration with the kid causing problems. Have you discussed these concerns with that boys parents or guardians? Maybe they can help the situation? Sometimes the parents of bullies have NO idea their kid is being a bully. Most parents would want to help the situation especially if their kid is the bully...

You’re grandson or any other child/person should never be subjected to being bullied.

You're grandson is lucky to have great family on his team-

Thank you so much, yes his parent know but they always seem think my grandson is the bad. In fact if he is then these things he learned from other oldwr children.

We have just a bit more time before full on summer break.

Dealing with the same thing. My daughter and her neighbor were getting along well until another girl moved into the neighborhood and causes a lot of strife between the 3. How the neighbor treats my kid coldly and is standoffish but really close to the new girl. New girl is an instigator. I try to keep my kid from wanting to run up behind these girls bc they don't like her but my kid doesnt get it. Like she enjoys getting treated like garbage.

I remember a similar situation like that with my older son a few years ago. He was great friends with one kid then a another kid moved into the neighborhood and my kid was no longer interesting anymore. I noticed immediately my son felt abandoned. I told him to meet new friends in another area and so we went to another skate park and he immediately became friends with other people. His old friend then wondered back over to our house and asked him if he could join in on the new group of friends. My son said no. lol he said he wanted to have fun with no drama. Lol

janaq in reply to 510Wins

That makes me feel happy! Our little folks don't deserve to be treated like that.

I agree, but typical kids are still learning social skills too. Our ADHD kids have an advantage in this aspect because us parents/gaurdians KNOW our kids need more help to learn these skills and make it a priority to teach them how to treat others no matter how different they seem. I believe It is absolutely imperative to stay engaged with our children and design their environment to let them be successful in life.

What I’ve figured out with my kids are:

Behavior is their way of communicating. Help them communicate and the behavior gets better, and when they communicate well with their peers, they will create friendships that they can be proud of-

I wish my grandson could express himself lime that. Time will tell. ☺ thanks

Grandma01 in reply to janaq

I can truly relate. He really does have a lot of friends around the neighborhood, this one boy can shake up everything. Again I say stay away from go play somewhere else and this particular boy seems to follow him or sometimes want to play like a kid until the older kids come out. Now it's Showtime.

Anyway he had a great day yesterday with uninterrupted fun and even ended up at a birthday party and sad when the fun came to an end.

Grandma, your grandson will thrive by having you and his wonderful family on his team!

Thank you, it's been a long journey. I love him like no other.

Kids with ADHD can be emotionally younger than kids without it. No worries. It's very difficult for us to find play groups for our son. Kids can be cruel and ours is very sensitive (who wouldn't be) to reactions and actions of them. See what he's interested in doing or learning.

immersed in what he is doing. We remind him a lot, but he has noticed that his sister who is 3 has...

My son is eight and has had his diagnosis for a few years now. We’re working through different...

ADHD kids, He is 9 , and even he really want to make friends, he can not sustain friendship. His...

When do adhd kids develop empathy?

view. Part of this is understandable given his age but with his ADHD mind, I wonder when it will...

trying to get my attention or he is trying to show his feelings. He does it especially when people...